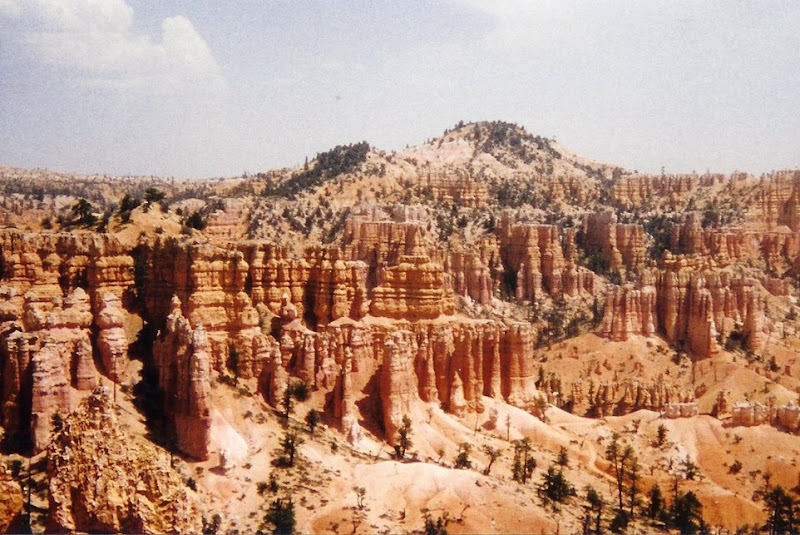 I grew up backpacking in the Sierra Nevada Mountains, but for most of my childhood, I hadn’t done much backpacking anywhere else. So the summer after my eighth grade year, I spent three weeks on trip through the American southwest on a trip with nine other students my age. We met at Oakland International Airport and flew to Las Vegas, where we met our trip leaders, Courtney and Porter.

We spent almost all of the first day driving to Zion National Park in southwestern Utah. Zion’s landscape is marked by countless incredible rock formations. We spent our first day there setting up camp and doing team building activities. The next day we hiked Zion’s Narrows, a maze of slot canyons that can be explored via a trail that intermittently disappears beneath the water in the canyons. On the day after hiking the Narrows, we got up early to hike Angels Landing, a 2.5 mile hike to the top of a sheer spire that offered spectacular views of the park. Though short, the hike was incredibly steep and grueling. After forty-two switchbacks, the trail continued on a narrow ledge that dropped 1800 feet to the valley floor on each side. The Park Service provided a chain to help tourists keep their balance. Once we reached Angels Landing, however, we were more than rewarded with the dazzling views of the park around us. We ate lunch and then returned to camp. 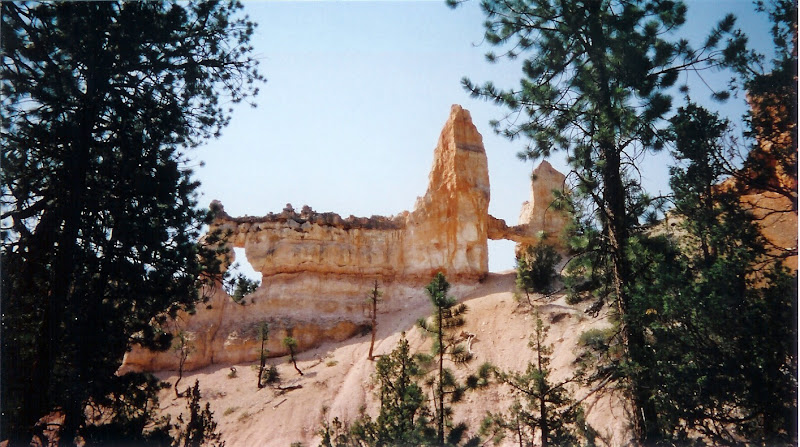 Our next activity was a four-day, forty-mile backpacking through the Zion backcountry. We drove our van to northwest corner of the park, and began hiking. Late on the first day, it became clear that one of the girls on our trip was too sick to continue. She and Courtney returned to the vans. The rest of us discussed what to do, and decided to meet Courtney and Jodi at an exit point we expected to reach late on the third day of our trip. As we approached the exit point, we hiked up a very steep hill to notice a thunderstorm rolling in. With the rain falling on us and lightning flashing all around us, we rejoined Courtney at the vans and drove back to our campsite in the front country.

We left Zion and drove east to Bryce Canyon National Park. We didn’t do any backpacking there, but we hiked an eight-mile loop that let us see some of the bizarre erosion patterns that make Bryce famous. Among the most unique of these are Hoodoos, round pillars of rock that have to be seen to truly understand their magnificence. After a day at Bryce, we began a long drive east to Arizona, where we did some hiking in the northeast before continuing to the Grand Canyon.

The middle of summer is not the best time to visit the Grand Canyon. When we arrived, daytime temperatures were around 110. But we were determined to do a backpacking trip through the canyon, so we began a seven-mile hike down into the Cottonwood Camp. There we met a amiable but crazy park ranger named Jim, who gave us a safety talk on desert camping, complete with allusions to Bill and Ted’s Excellent Adventure. The next day we got up early to avoid the heat of the day and hiked the seven miles back to our van. 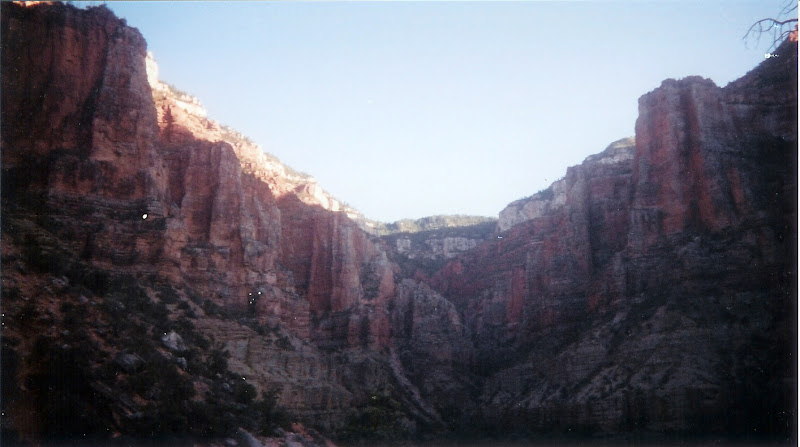 As if the Grand Canyon hadn’t been hot enough, the next stop on our itinerary was Death Valley. Though beautiful, Death Valley deserves its name. We spent only a few hours hiking in the early morning, before continuing our drive north. After driving several hours, we reached a campsite on the American river. We spent a few days rafting, and then drove back to San Francisco, ending a wonderful adventure.