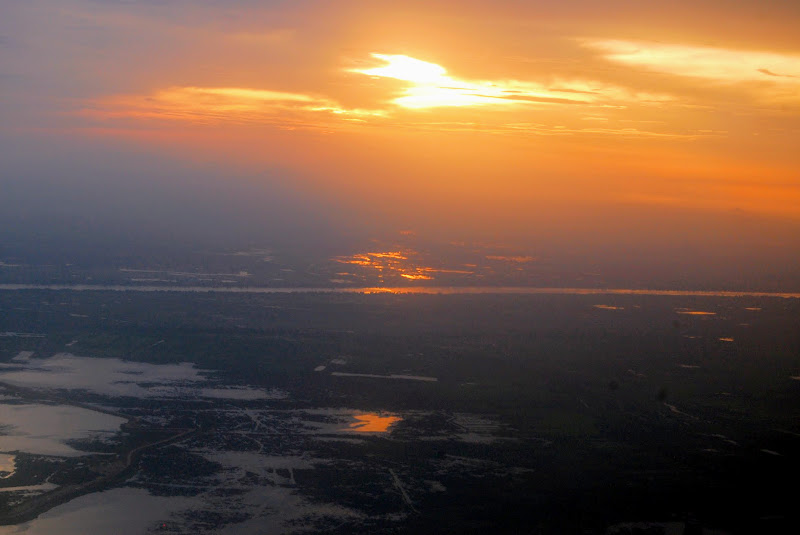 During the spring quarter of my second year of law school, I participated in the International Human Rights and Conflict Resolution Clinic. I did some work on the government response to the Occupy Movement, armed conflict in India, and disappearances in Turkey. But most of my time was spent working on a report about the effectiveness of agencies tasked with monitoring working conditions in Cambodian garment factories.

Compared to other garment-producing nations, Cambodia actually has relatively good protections for worker rights. International organizations monitor conditions in many factories, and several clothing companies with corporate consciences choose to source from Cambodia due to its reputation. We spent our week in Cambodia learning about the garment industry and meeting with various people who had interests in garment production and trade. 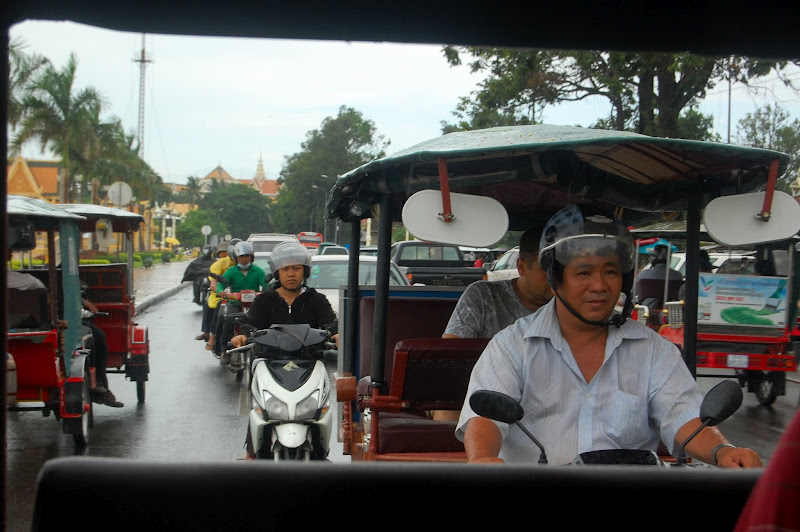 The streets of Phnom Penh

We flew from San Francisco through Seoul, South Korea, and into Phnom Penh. Phnom Penh is a remarkable city, very busy and mostly very poor. You can barely walk two steps without being offered a ride in a tuk-tuk, a passenger transport attached to a motorcycle that is a popular alternative to a taxi. Unfortunately, most Cambodians have at best a casual relationship with traffic laws. Cars frequently run red lights, ignore lane lines, and drive the wrong way down roads—even go the wrong way around traffic circles. 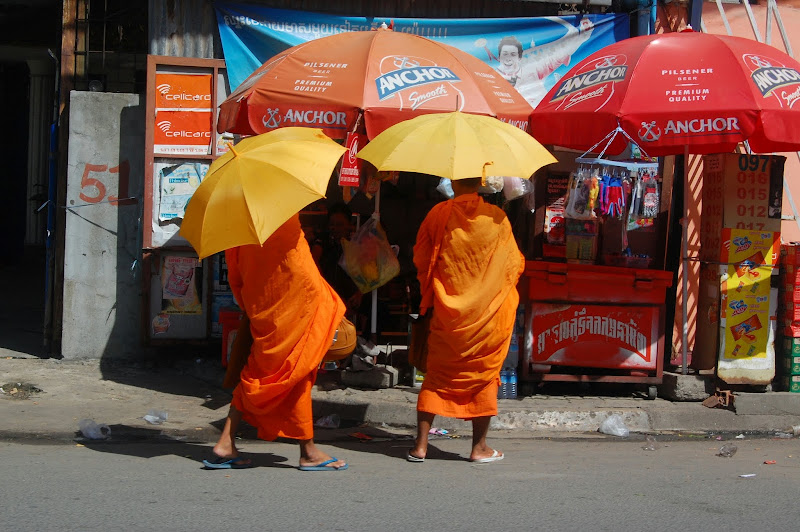 Buddhist monks at a shop

We spent our first week visiting with various stakeholders in the garment industry. We met a representative of the Garment Manufacturers of Cambodia, NGO workers, and union leaders. We also visited a garment factory and got a tour of the floor during working hours, from the factory’s Taiwanese owner, who sweated profusely the entire time.

On the final Saturday of our visit, we took the short flight from Phnom Penh to Siem Reap, the airport at the site of Angkor Wat. Angkor Wat is a Hindu temple, and the largest religious monument in the world. We spent about two hours walking around the site, which was more incredible and awe-inspiring than I’d expected. 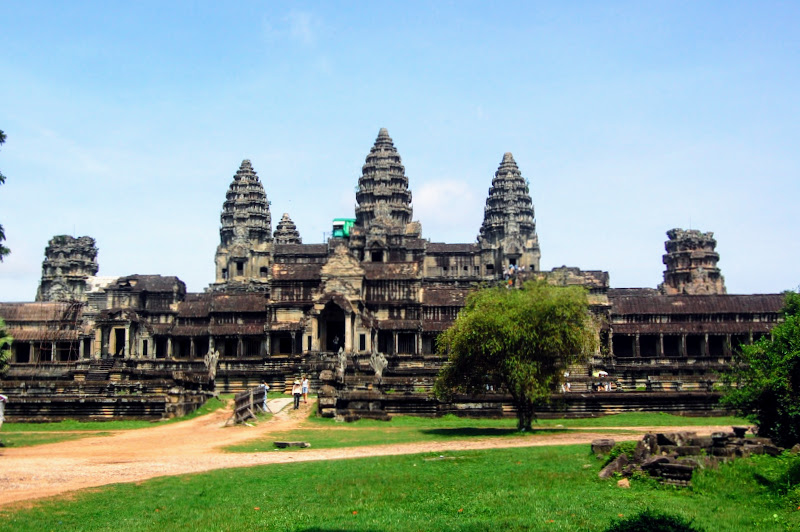 Adjacent to Angkor Wat is Angkor Thom, the last capital of the Khmer Empire. If anything, Angkor Thom was even more impressive and mysterious than Angkor Wat. A sprawling city of ancient stone on a massive grounds, Angkor Thom features a multitude of buildings that visitors can explore. 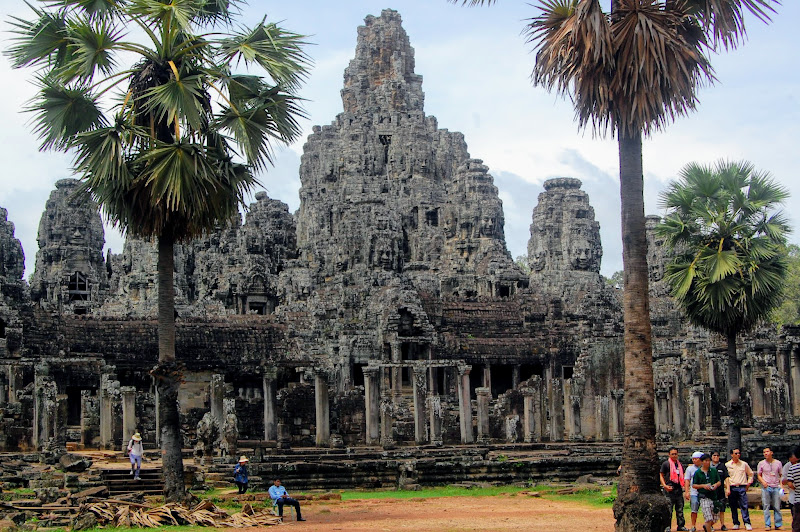 We spent the rest of the day walking around Angkor Thom and then flew back to Phnom Penh. The next day, we flew back to Seoul. We had a ten hour layover, so we took the subway from the airport into downtown Seoul. We spent most of the day exploring Gyeongbokgung, one of Seoul’s royal palaces. Its sprawling grounds dotted with beautiful gardens and buildings are truly spectacular. After our tour, we went to a hole-in-the-wall restaurant for a genuine Korean lunch. Finally, we returned to the airport and boarded a flight back to San Francisco. 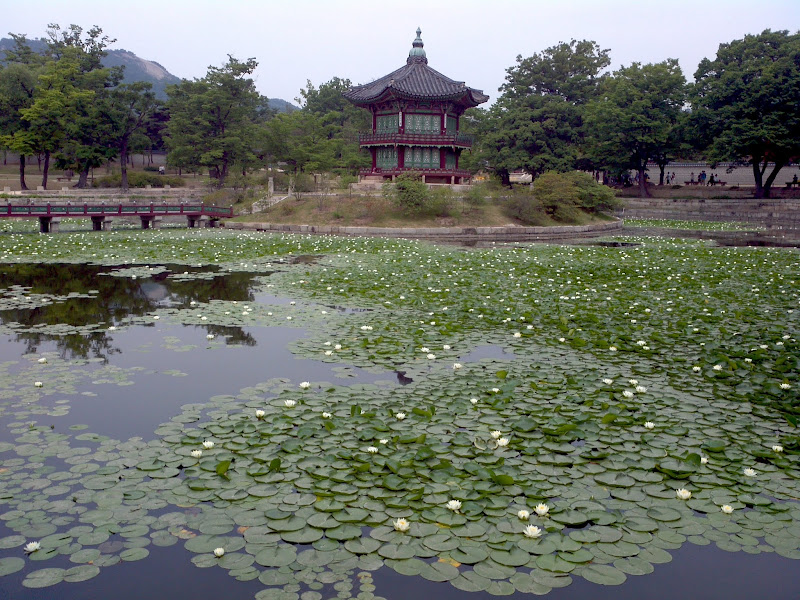