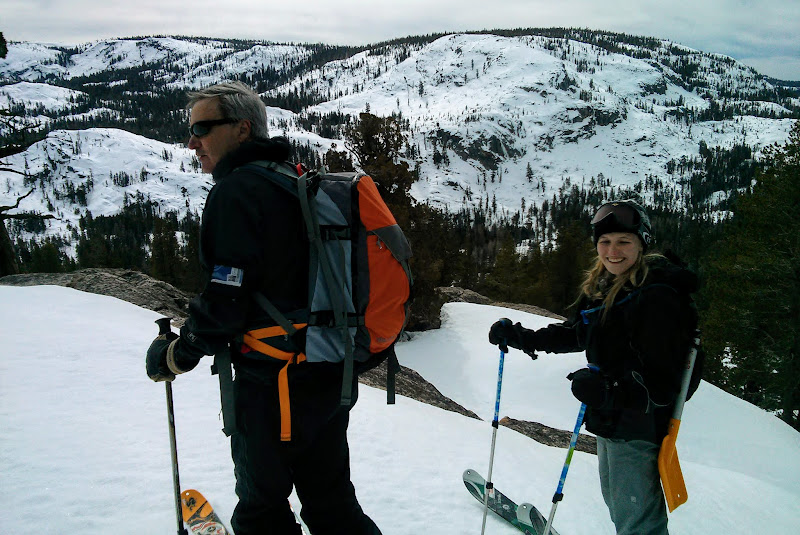 The winter of 2013 started off well for skiers on the West Coast. A wet November dumped plenty of snow to get some skiing in over Thanksgiving, and an even better December made conditions around the holiday season and New Year’s excellent. Unfortunately, those first two months of the season were followed by the driest January on record and an equally uninspiring first half of February. When I went to Kirkwood over Presidents Day weekend, it hadn’t snowed much at all in almost six weeks. Still, the groomed runs were in decent shape, but the off-piste conditions were terrible. 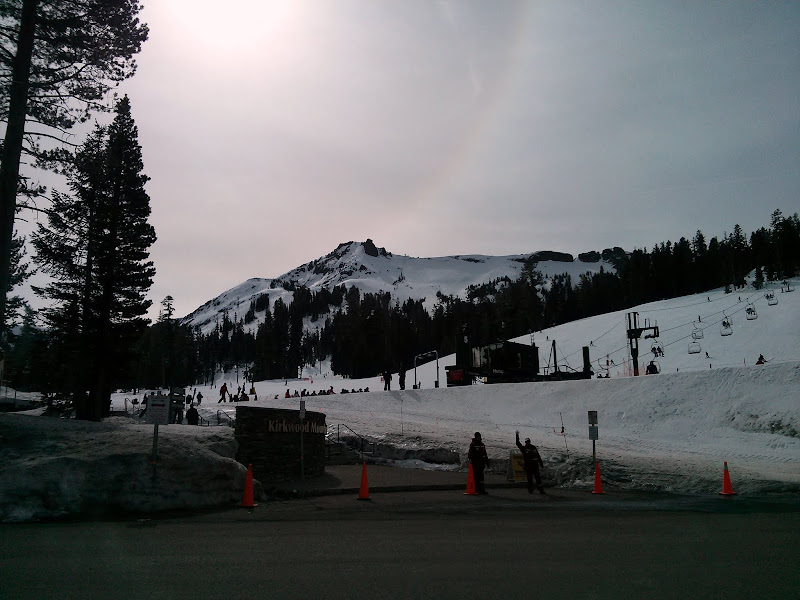 Kirkwood, with the top of Chair 10 at center

That made for very boring resort skiing. Bombing down the groomed slopes is fun for a while, but it gets old quickly. So my girlfriend Lauren, her father Jeff, and I decided to spend our Saturday doing a one day backcountry trip. After a little research, we decided to drive to Sierra Ski & Cycle Works, a tiny ski shop in South Lake Tahoe that rents back country equipment. My telemark technique isn’t great, so I opted for alpine touring (AT) skis, which are a sort of hybrid model that allows you to lock down your heel to ski steeps alpine style, but free the heel for the flats and ups.

Saturday morning dawned relatively warm but cloudy. That was unfortunate, as we’d hoped that sunny weather would soften up the icy slopes so that we could ski some silky back country corn. We stopped by Expedition Kirkwood to rent some additional equipment (including avy gear) that couldn’t get in South Lake, and shuttled a car to our exit point: Kit Carson Lodge on Silver Lake. After a quick run down Chair 6 to get used to our rental equipment, we took the long, slow ride up Chair 10.

Instead of skating down the track to the resort runs, we continued south off the chair across the ski area boundary. At first, the conditions were lousy. It was very icy, with only a shallow crust. After about a mile and 700 feet of descent, we decided to stop for lunch. We sat on a rock with a great view and ate our turkey sandwiches, hoping the snow would soften up while we rested. 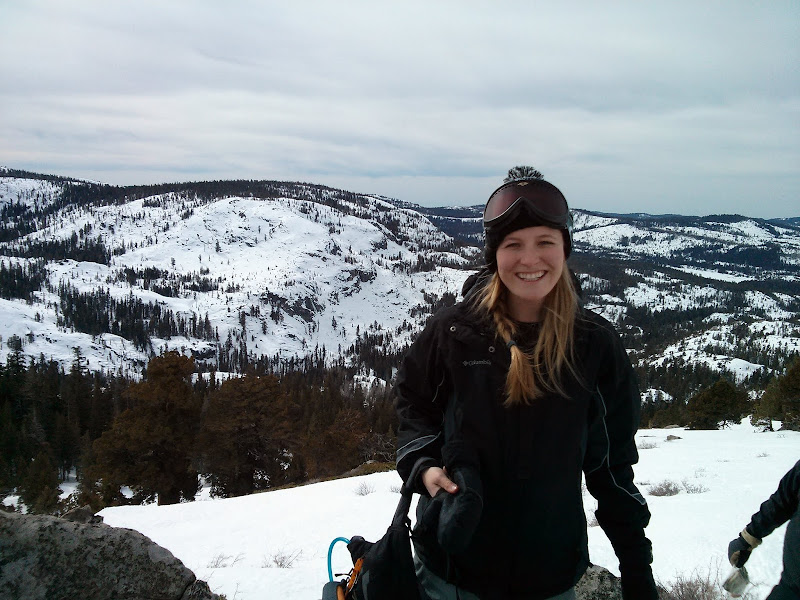 Lauren at our lunch spot

After lunch we continued our descent. Again, at first it was icy, but after we dropped a few hundred more feet, we reached a part of the slope with much softer snow, and even a little corn. We had a blast descending the last several hundred feet to the flats around the lake.

Toward the bottom of the descent, we briefly ran out of snow. We had to take off our skis and hike for a little bit before we reached the flats. After the final bit of descent, we stopped to put on our skins and begin the second half of the trip. We skied over the rolling hills and around the frozen ponds to the east of the lake. By this point the sun had come out, and the temperatures had reached the low 50s. The skiing was hard work, and it started to get hot.

Finally, we could see Silver Lake in the distance. We crested one final ridge and then slid down to the banks of the lake, which was solidly frozen. Despite the sunny skies, we skied across the frozen lake. 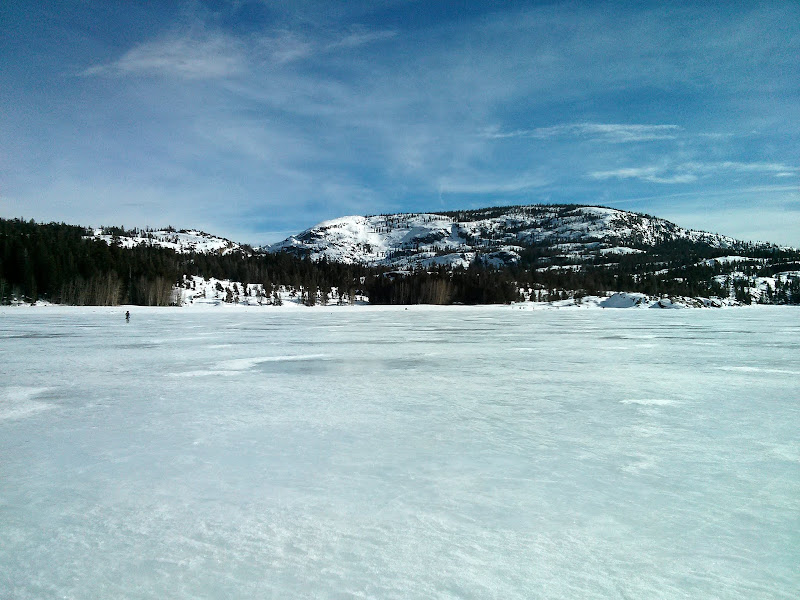 About two and a half hours after leaving the top of Chair 10, we reached our car. The trip was a great way to spend a day when the resort skiing was so limited. We had such a good time that we’re thinking about  trying it again in the spring when conditions will probably be better. All in all, it was a fun half day trip, and is highly recommended.