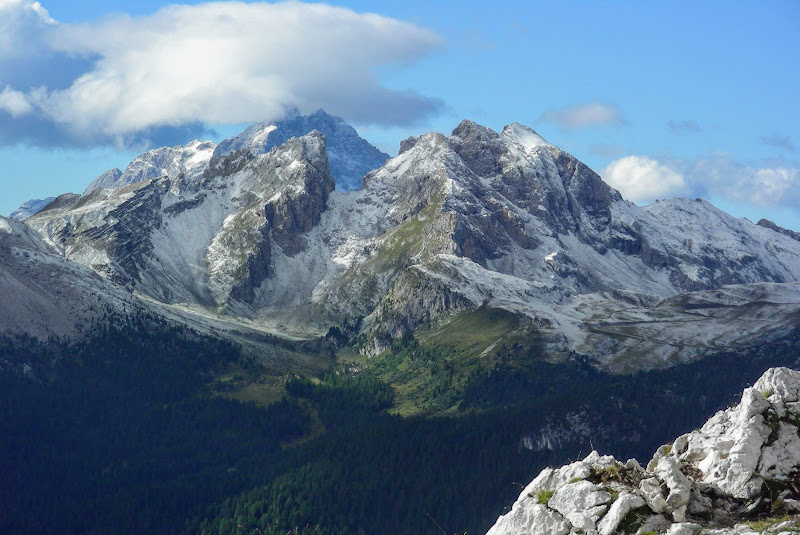 During World War I, the northeastern Italian city of Cortina occupied a strategic region in the Dolomite Alps. A string of forts was built high in the mountains among extremely rugged terrain. To assist soldiers in reaching their posts, the army installed miles of iron cables and ladders through the rocky mountains above Cortina. Since then, the via ferrata (iron road) has been extended and opened to the public. I visited Cortina with my parents in September of 2006, when we spent three days exploring the via ferrata. 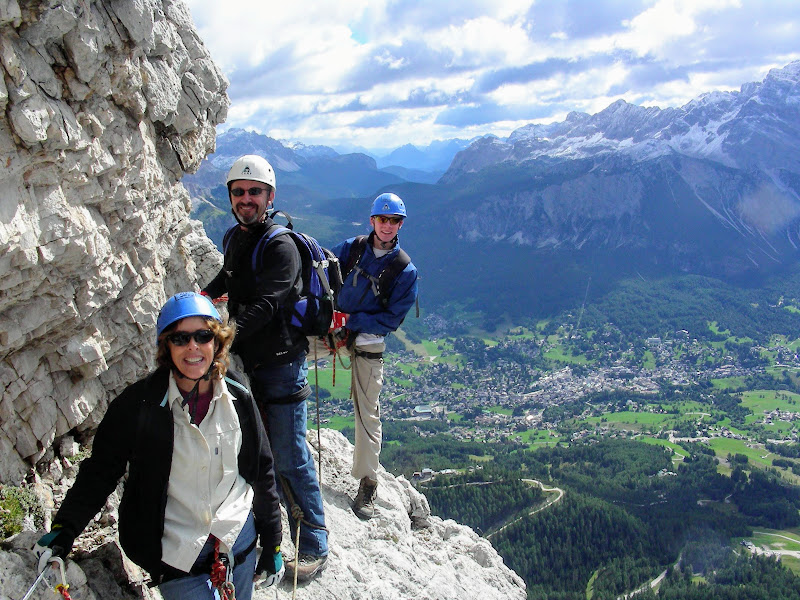 On the first ferrata

Our first day we hiked a relatively easy ferrata, simply exploring the mountains above a refugio (mountain hut). We took a ski lift up the mountain and hiked for about twenty minutes until the ferrata began. Then we clipped in and hiked along the cables. Our day was short, but the views were great.

The next day we hiked to the top of Punta Fiammes, a much more challenging hike with some slightly more technical climbing. Again, the top had simply spectacular views of Cortina and the surrounding areas. 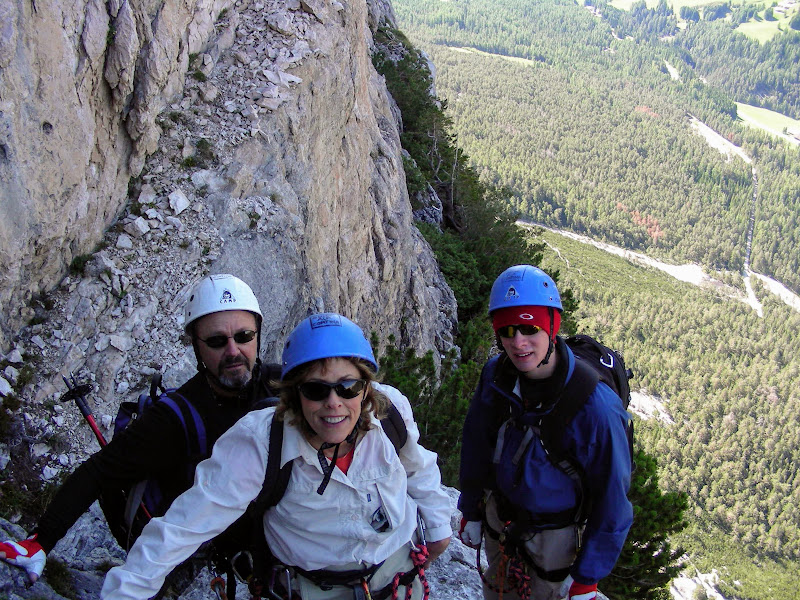 On the final day, we hiked Punta Anna (2740m, 9000ft). It took us about five hours to get to the top. There was some incredible hiking and climbing with thrilling exposure. Again, the top rewarded us with spectacular views of Cortina, Tofani di Mezzos, the Croda di Lago, Cinque Torri, and the Marmolada glacier. Cortina is one of the most beautiful places I have ever been.