During junior high school I was lucky enough to find a program through my school that took a group of students on an ecotour of Costa Rica for twelve days during the summer. I begged my parents to let me go the summer after my sixth grade year. They refused, but agreed to let me go the next year if I raised half of the money myself. During seventh grade, I worked to raise the money and eagerly anticipated my departure to Central America. Early in the summer, I closed out my bank account and paid my parents my share of the costs. I was actually going to go!

We flew through Houston to Costa Rica’s capital, San Jose. We spent the night at a cheap motel in San Jose, and early the next morning we met our guides, Michel and Tony, and piled into a small bus for a long drive to the Caribbean coast. The drive was beautiful; we traveled through cloud forests in Costa Rica’s interior and stopped every once in a while to stretch our legs and enjoy the amazing views of mountainous rainforest blanketed by clouds. We stopped at a wildlife preserve where we saw a number of animals including agoutis and toucans, and I got to hold a three-toed sloth. 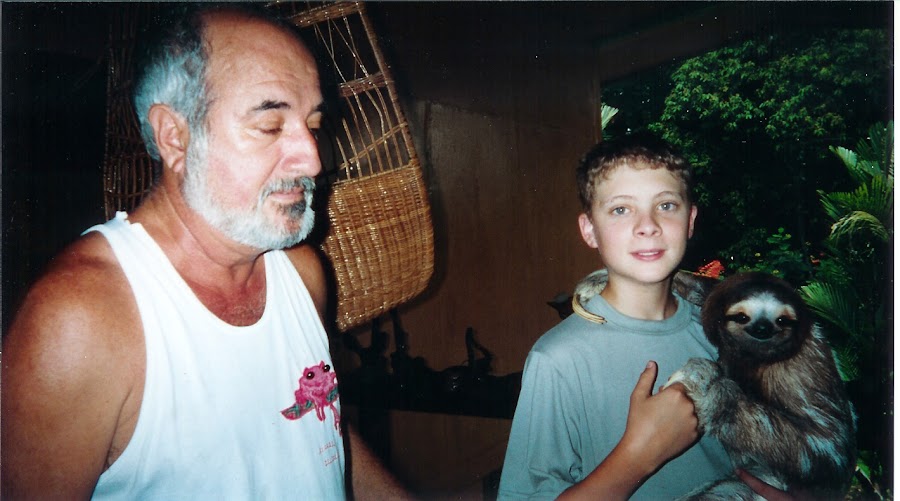 Me with a three-toed sloth 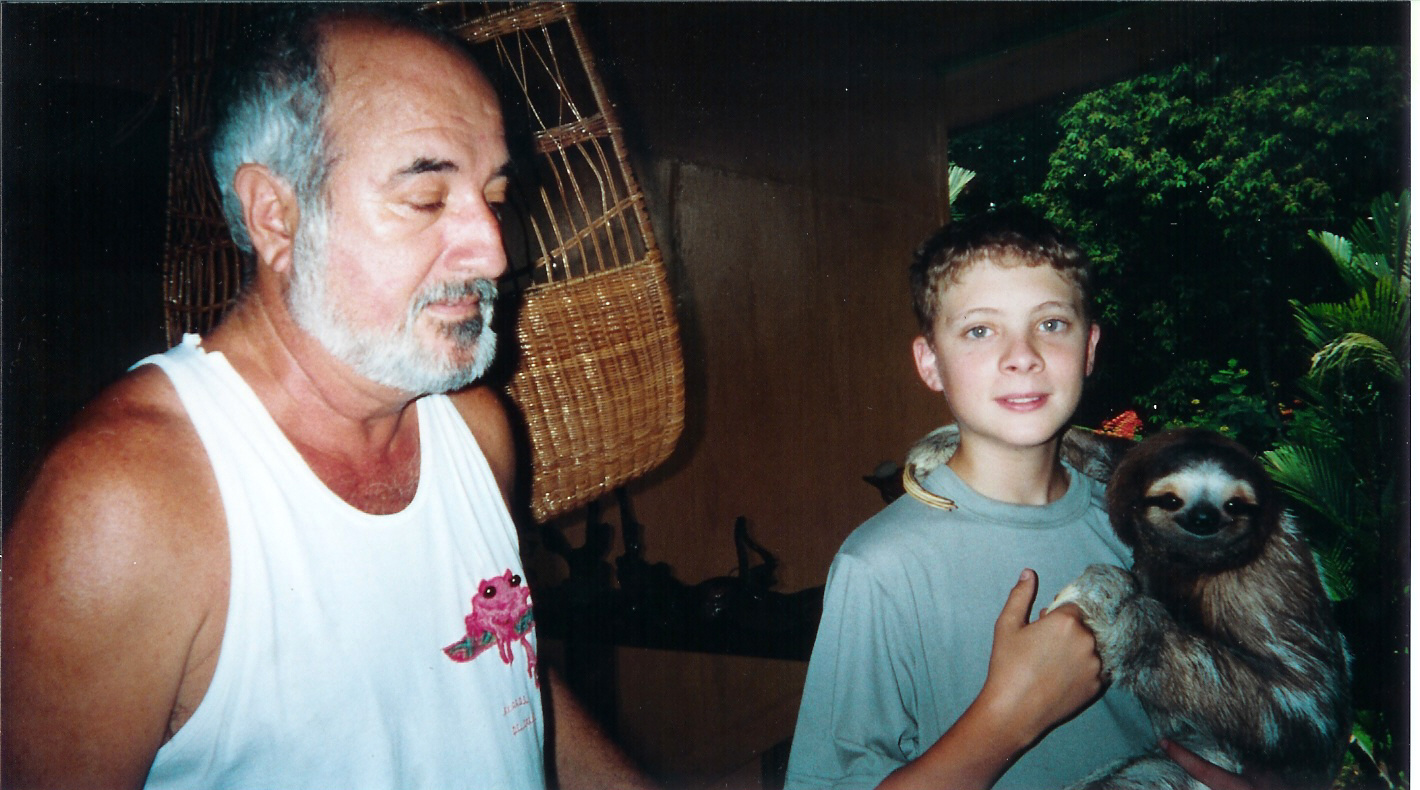 The hotel we stayed in would be aptly described as “rustic.” The rooms were comfortable, but the shared outdoor showers often attracted large insects. However, the food was delicious and hammocks strung between the trees in the courtyards between our rooms provided wonderful resting places. After a day settling in, we took a journey to visit an indigenous tribe, the Bri-Bri.

Visiting the Bri-Bri was not an easy journey. We drove several hours to a large river, which we crossed in heavy dugout canoes powered by outboard motors. After that, we took a dilapidated bus as far as it could go into the rainforest. As it turned around, the bus’s wheels stuck in the mud and we had to push it out before beginning the next leg of our journey. We began hiking along a trail through the rainforest. As we moved deeper into the rainforest, the trail became less well-defined, and we had to cross three rivers, two of which were quite deep with powerful currents. Several people overbalanced, and more than one lost a sandal or two.

We finally reached the Bri-Bri village, which was marked by a ceremonial hut and a small school building. Together with the Bri-Bri children and a few adults, we entered the ceremonial huts where we were introduced. Speaking in English, Spanish, and Bri-Bri, our guides talked of both of our cultures, and we presented the Bri-Bri with gifts of school supplies. After the meeting and giving of gifts, we played a soccer game, barefoot, on the muddy field outside the school building. Then we began the hike out, this time stopping at one of the Bri-Bri residences for a lunch of rice and beans. Touched by the generosity and kindness of these people, we returned to our hotel. 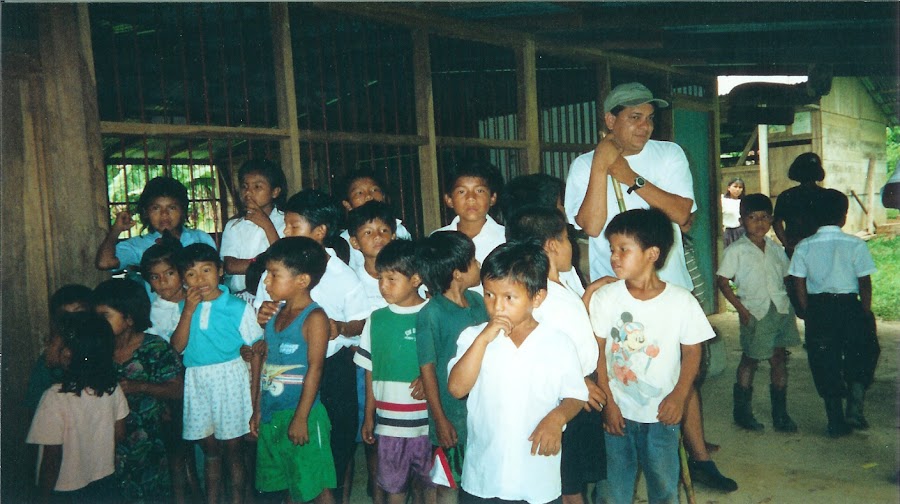 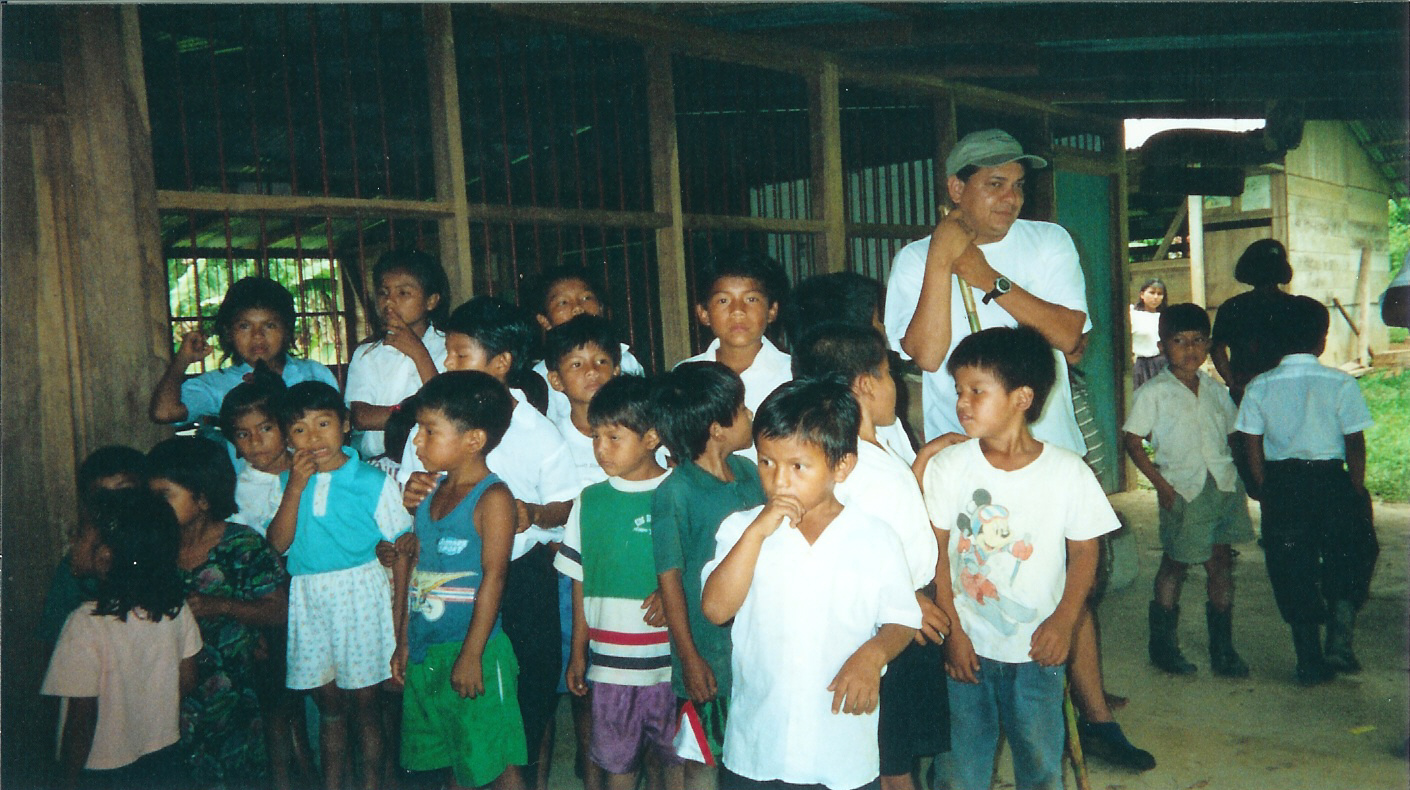 Our next adventure took place to the northwest, also on the Caribbean coast. Serafin Station is a research station dedicated to protecting leatherback sea turtles. We drove to a river, where we took a boat deep into the rainforest and then hiked a short distance to the station. On the way, our guides pointed out notable wildlife, including howler monkeys. Upon reaching the station, we relaxed for a few hours and then spent the night patrolling the beaches for turtles. Urging us to be quiet, researchers from the station took us on walks up and down the nearby beaches. The first night was uneventful. But on the second night our guide hushed us and pointed to the ocean, where we saw a dark form emerging from the waves. A leatherback turtle, well over four feet long, crawled out of the sea and stopped several feet up the beach. A flurry of sand let us know that it was digging a hole. After a few minutes we approached it slowly.

When laying their eggs, leatherback turtles enter a trance that renders them insensitive to everything going on around them. Our guide slipped a plastic garbage into the hole the turtle had dug just as it began to lay its eggs. While the turtle lay its eggs, illuminated by our guides’ red light, we were each allowed to stroke its fin. All too soon, the magical process was over, and the mother turtle returned to the ocean. Our guide collected the eggs to take to an incubation area protected from poachers and natural predators. On our last day at Serafin Station, the researchers released several newly-hatched turtles into the ocean. They will return to that same beach to lay their own eggs once every year. 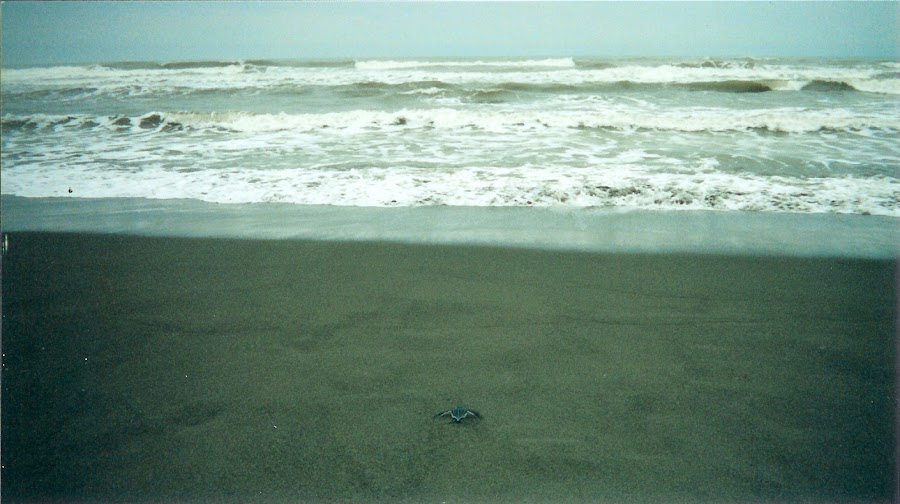 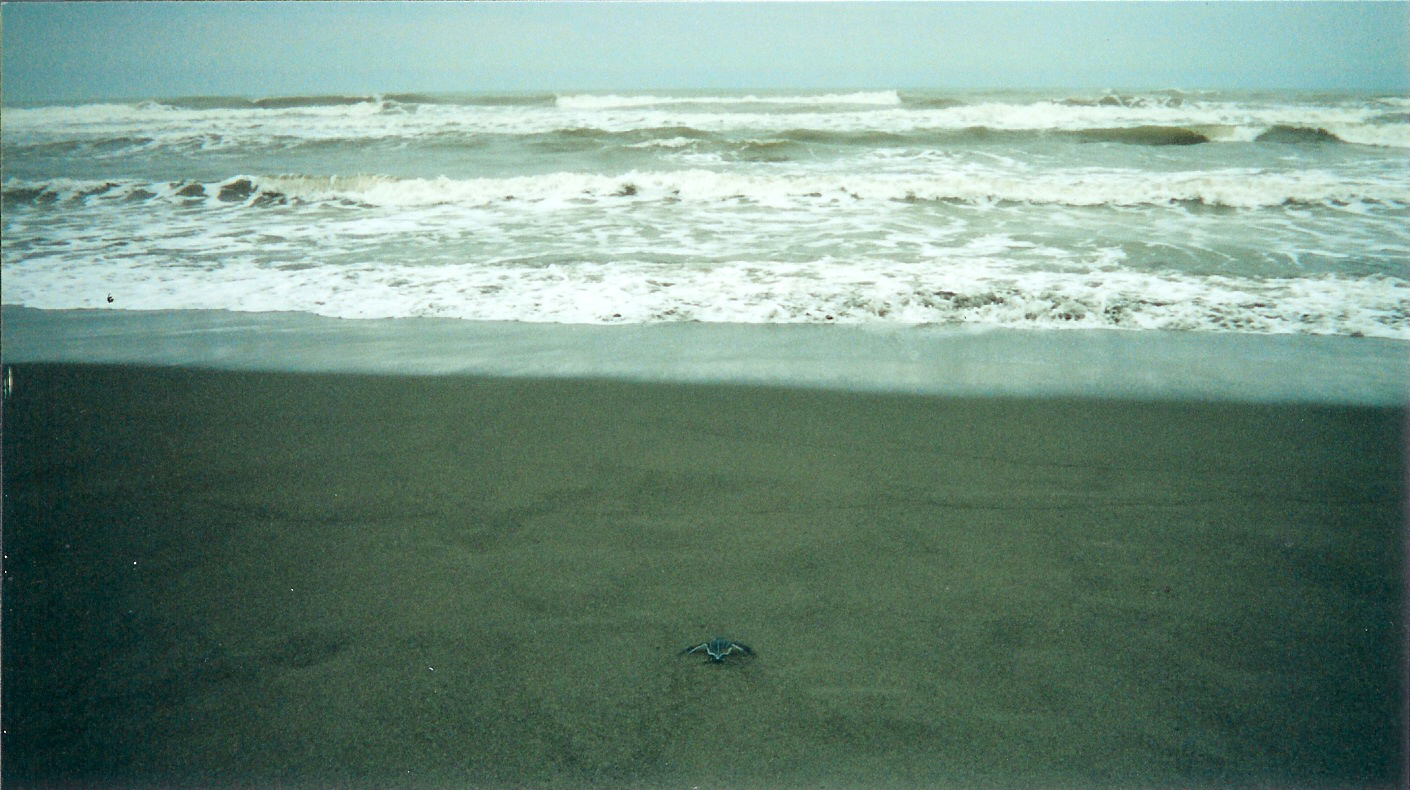 After a few days at Serafin Station, we began another drive across Costa Rica’s interior. This time we stopped at a hotel at the foot of Volcan Arenal, an active volcano that erupted in 1968 and again in 2000. Our hotel was a step up from the one on the Caribbean coast, and we would sit in the pool or hot tub and watch Arenal steam. The next day we left Arenal and drove towards Costa Rica’s continental divide. 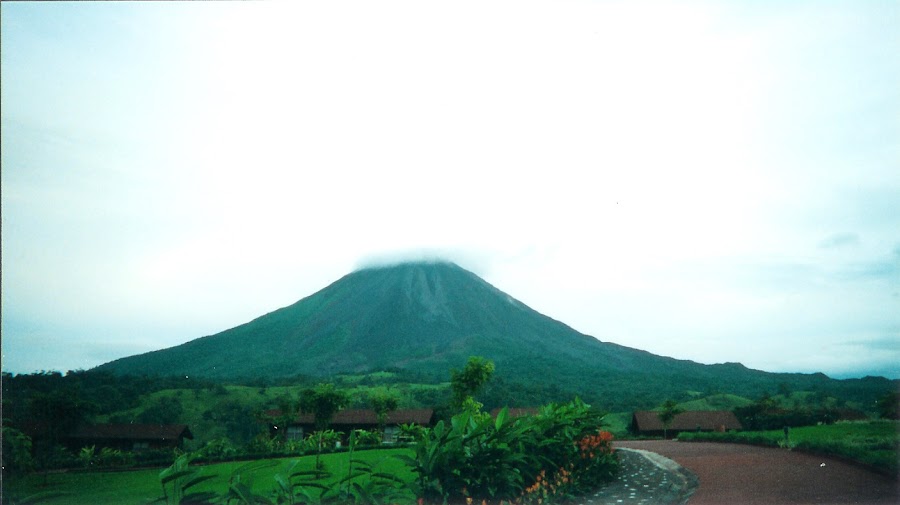 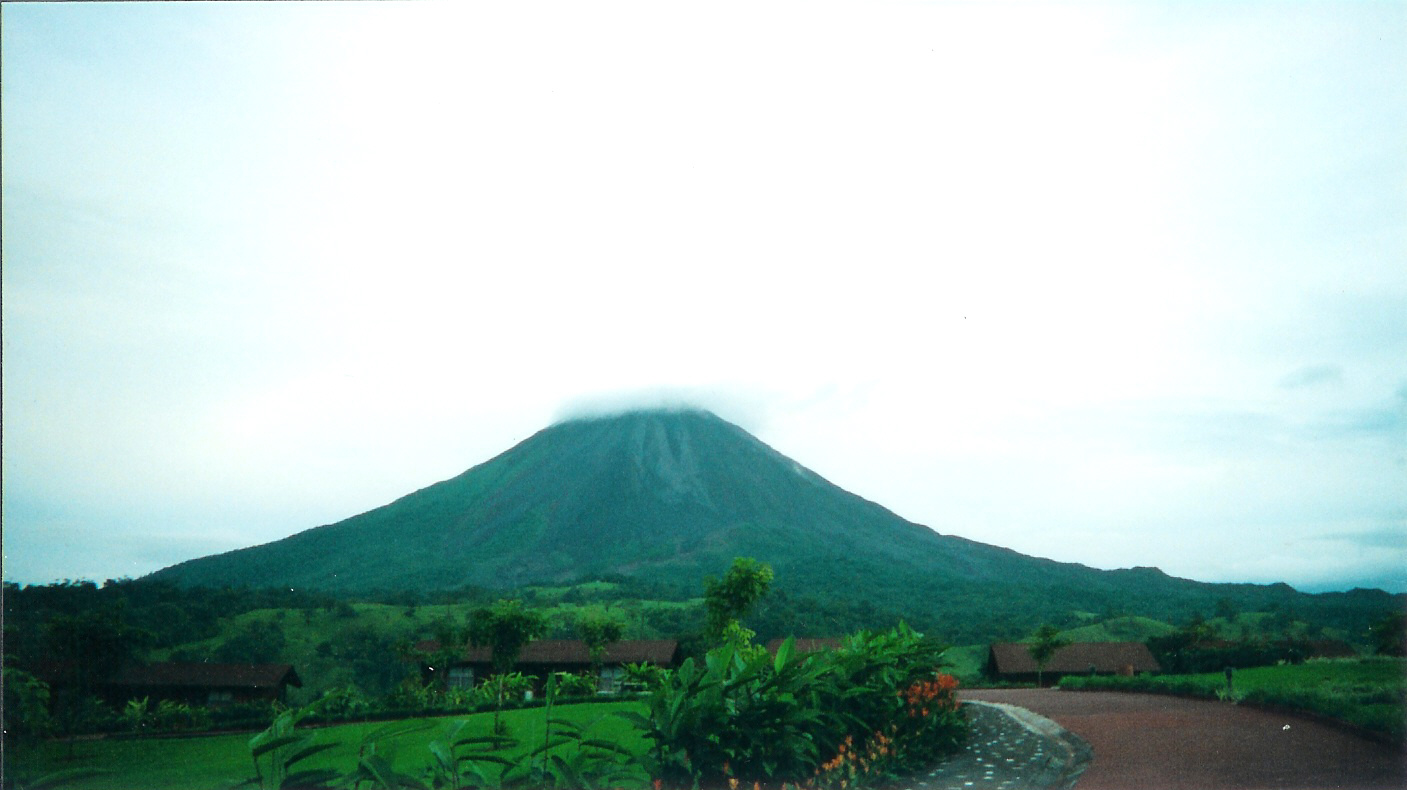 At the continental divide we left the bus and continued on horseback. The four-hour horseback ride over the continental divide was an incredible experience. After several miles of riding uphill, we reached a pass and dropped down into a gorgeous cloud forest. We were able to ride the horses all the way to our hotel, which was right in the middle of the forest and offered spectacular views. One day we hike to a beautiful waterfall called La Fortuna, where we spent the day playing in in the pool at its base and exploring the rain forest around it.

We continued our journey to the Pacific Coast, where we spent several days in a beautiful hotel right on the beach. We spent our days playing on the beach and hiking in the rainforest, which extended all the way to the gates of the resort and even beyond. The hotel’s grounds played host to iguanas, coatis, toucans, and all sorts of other fascinating fauna. After a few days on the Pacific Coast, we drove back to San Jose, where we took an early morning flight back home.