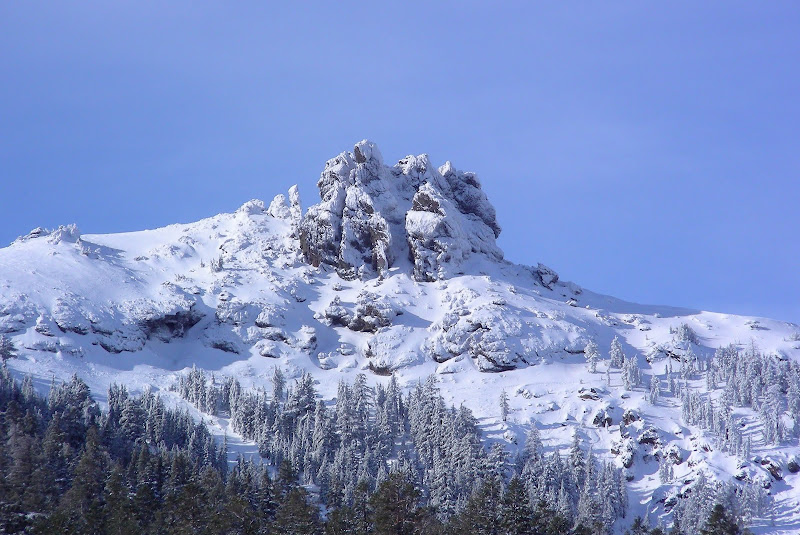 I managed to sneak five days of skiing in before New Years during the 2007 – 2008 season. After an usually low snow year for 2006-2007, it was encouraging that Tahoe got several feet of snow before Christmas. Despite this early snowfall, all of the Tahoe ski areas suffered from the usual early season low coverage with lots of exposed rocks. 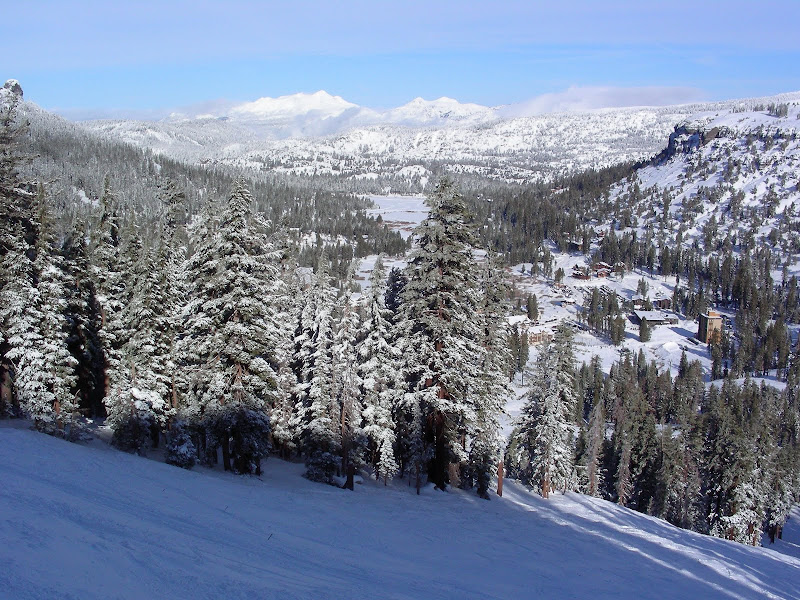 My first day of skiing was at Sugar Bowl, on the Saturday after the season’s first big winter storm. I didn’t get to lay any fresh tracks, but there were several chutes that had retained nice powder stashes. The best skiing was off of the Disney Express chair. I explored Nancy’s Couloir, which flowed down from a wind-blown ridge. At the top of the ridge, the wind had exposed several large rocks, so I had to carefully navigate a path between the cliffs. Below the rocks, the snow was great.

The next day I skied at Alpine Meadows, which had similar snow conditions to Sugar Bowl. Overall, the snow was okay, and the best skiing was to be found in chutes that stayed just warm enough not to freeze but never hot enough to melt into slush.

On Christmas Eve, I skied at Sqaw, which had terrible conditions everywhere. Though it’s one of the biggest resorts in Tahoe, Sqaw’s huge amount of terrain didn’t contain a single passable run. I explored as much of the mountain as I could, but almost everywhere was windblown and icy. I returned home for Christmas with my family, but I returned to the mountains the weekend after the holiday. 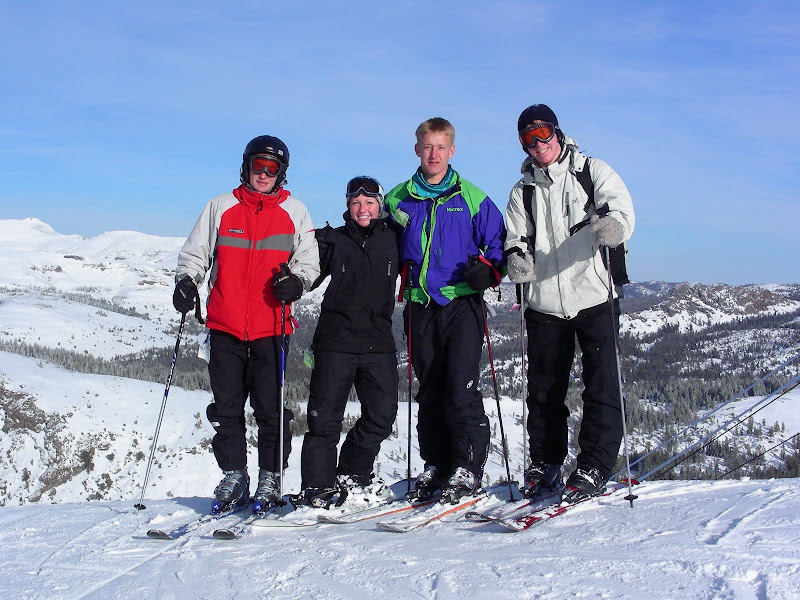 The whole crew at Kirkwood

There’s something very special about driving into the mountains during a storm. As you climb higher, the rain suddenly turns to falling snow. Soon, the road and the forested hills on either side are blanketed with fluffy white powder. Elevation markers flash past in their thousand-foot increments, and the snow gets deeper. We had to put chains on a little higher than five thousand feet. From that point on, the driving was slow, but we didn’t mind because we knew it would mean good skiing conditions the next day.

When we woke up the next morning, it was to find eight inches of new snow on the ground. Unfortunately, the new snow wasn’t enough to make up for the early season conditions, and we had to avoid exposed rocks and trees normally covered by the winter snowpack. The storm continued all day, and we found the best skiing on the mountain on the backside.

The storm continued all night, dumping another six inches or so. But the next day dawned clear and sunny. We started skiing on the backside, where there were several runs that still had soft, deep powder. At lunchtime, we returned to the main part of the mountain. The skiing there wasn’t as good, but we managed to find some runs through the trees that still had some fresh snow.