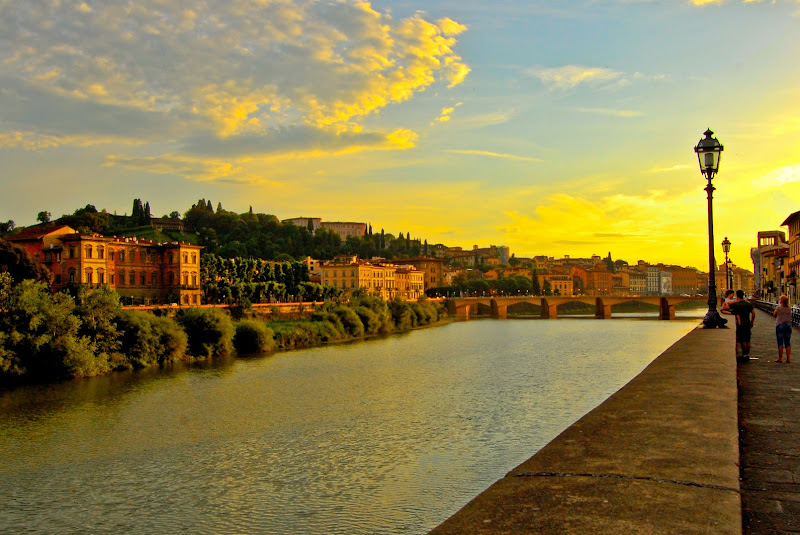 I flew into Florence on a Wednesday afternoon in mid-June. Wrestling with jet lag, I went to bed early the first night after a delicious dinner at an osteria a few blocks north of the Arno River with my family. The next day, we strolled through the city and visited Santa Maria del Fiore, known as Il Duomo. We visited the baptistery outside the cathedral, and then walked into the church itself. Beneath the church we toured an ancient Roman town that had been on the site before the cathedral. Then we climbed the dome, which offered spectacular views of Florence’s rooftops. 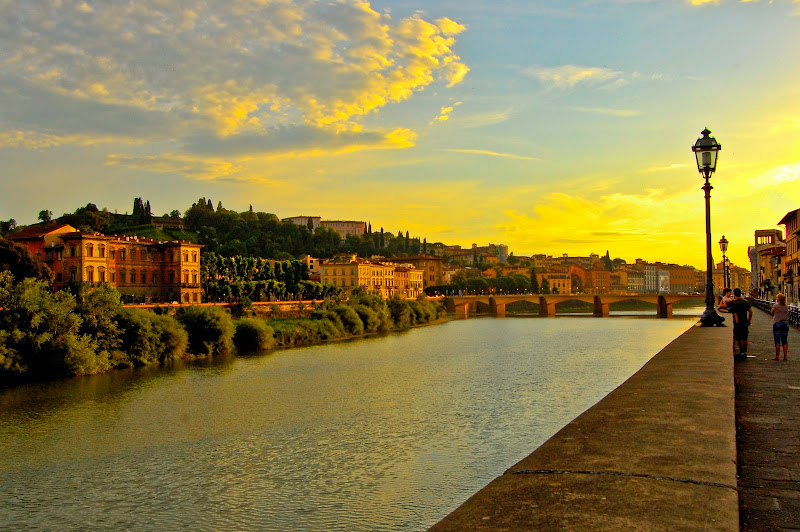 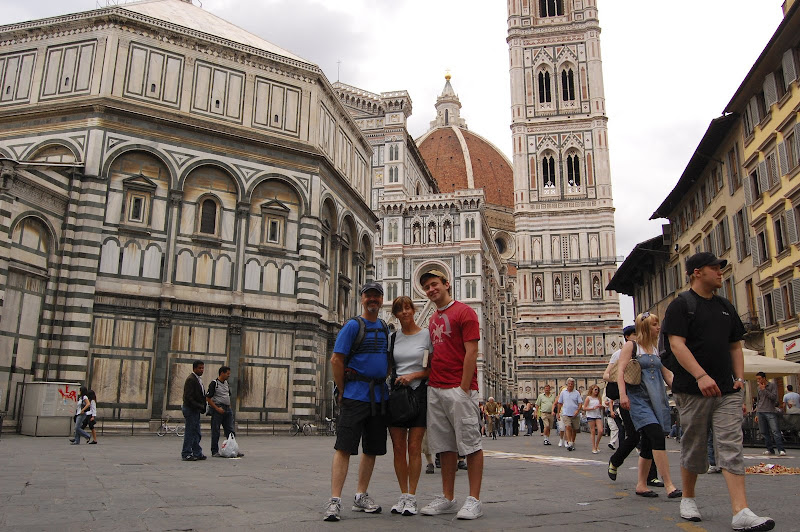 In the afternoon, we walked to Basilica di San Miniato al Monte (Basilica of Saint Minias on the Mountain). The Basilica di San Miniato is a small gem of a church in the hills on the south side of the Arno. We arrived just a group of monks began performing Gregorian chants, their voices echoing through the church’s halls. We stood outside the church for a long time, admiring the spectacular view of the city far below. 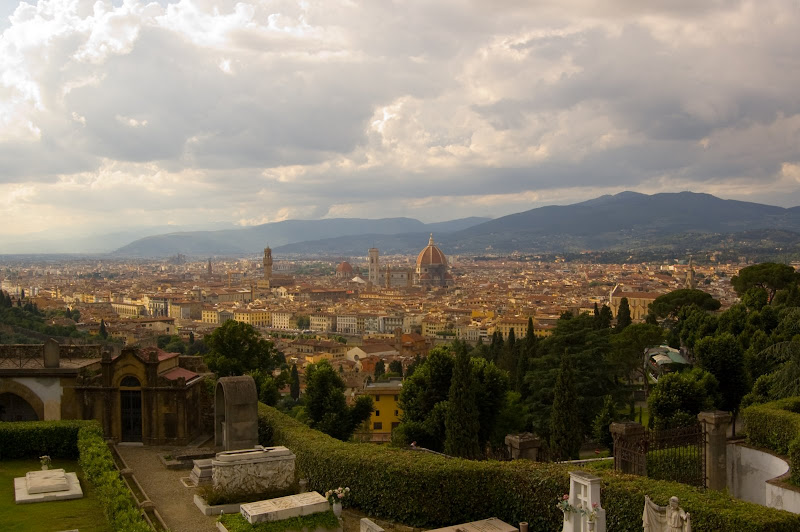 The next morning we visited the Basilica di Santa Croce, one of Florence’s most famous and beautiful churches. The church has a white marble facade, and a beautifully intricate interior. The floor is inlaid with funerary monuments, and several more line the walls. Laid to rest in Santa Croce are some of the most important Florentine artists and thinkers, including Dante Alighieri, Niccolo Machiavelli, Galileo Galilei, Rossini, and Leonardo Bruni. Visiting Santa Croce was a fitting end to my three days in Florence.