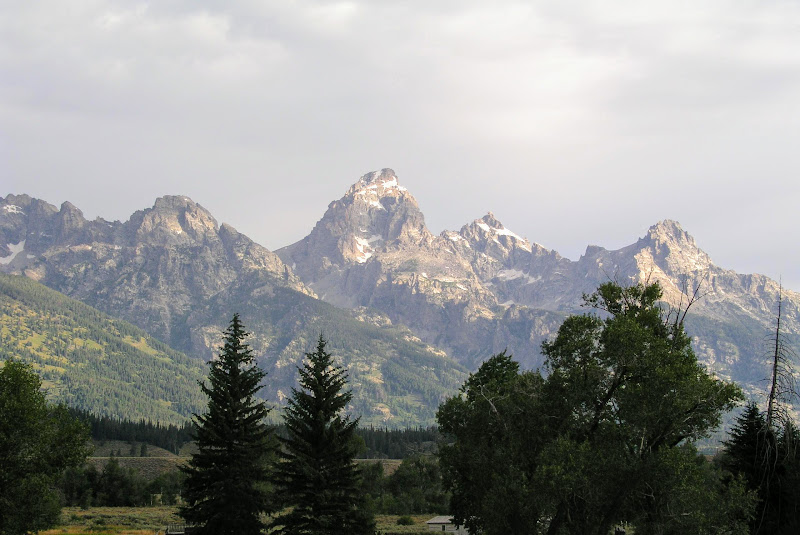 One year after I climbed the Grand Teton for the first time, I returned to climb it again, this time with my parents. On my first climb, I’d taken the Exum Ridge route (5.4-5.5). This time, we would follow the path of the first ascent along the Owen-Spalding route. 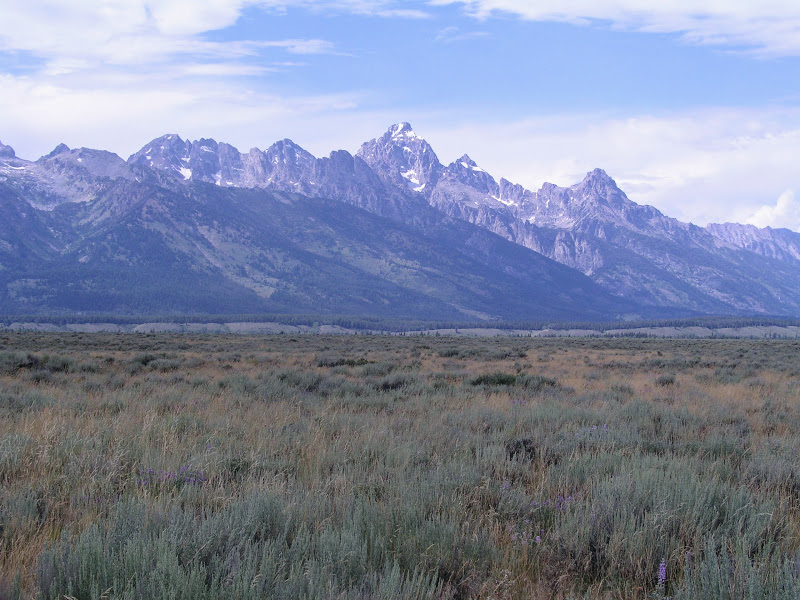 There’s a lot more hiking on the Owen-Spalding route than on Upper Exum Ridge. We walked without belay until we were around 12,000 feet. The first technical pitch is known as the Belly Roll. It’s a small v-shaped ledge around the side of the mountain. The ledge is only a foot or two deep, so you can wedge one leg into it, but the other hangs out over the 2,000 foot drop on the other side.

Once a climber reaches the end of the Belly Roll, he is faced with traversing a protruding boulder with about the same amount of exposure. Though the climbing is technically very easy, the sheer distance to the deck on much of the Owen-Spalding route adds a psychological aspect to the climb that isn’t to be found on some of the more difficult routes. 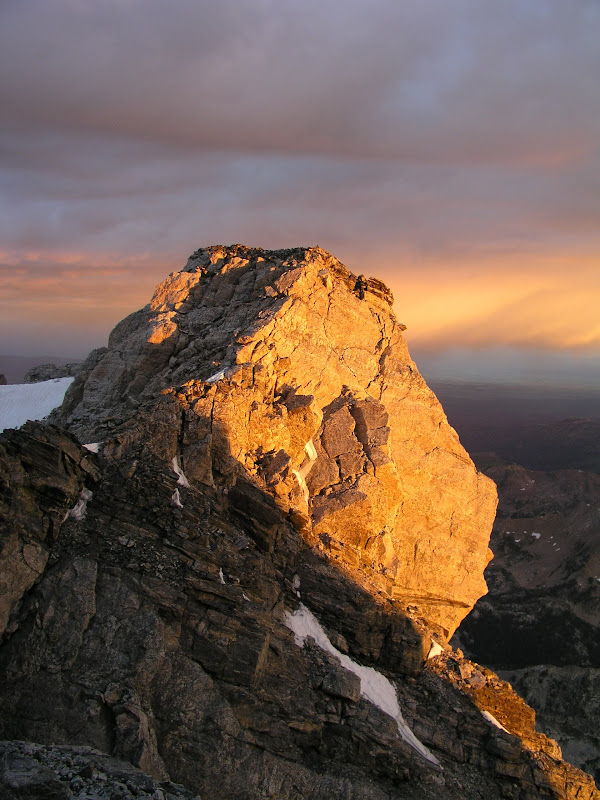 The Owen-Spalding route has another advantage. As the farthest west of the routes on the mountain, it boasts incredible views west into the Tetons and Idaho. As the sun came up, we were treated to a spectacular view of The Enclosure. The Grand’s western summit, The Enclosure (13,300′) is often an alternate target for climbers on the Grand when bad weather threatens.

As we continued climbing, the sky closed in and a storm arrived. Hail began to fall, making the rock slippery and freezing our hands. But the mercurial weather soon changed again, and as the sun returned we looked to the west to see the Grand silhouetted in the hazy sunrise. 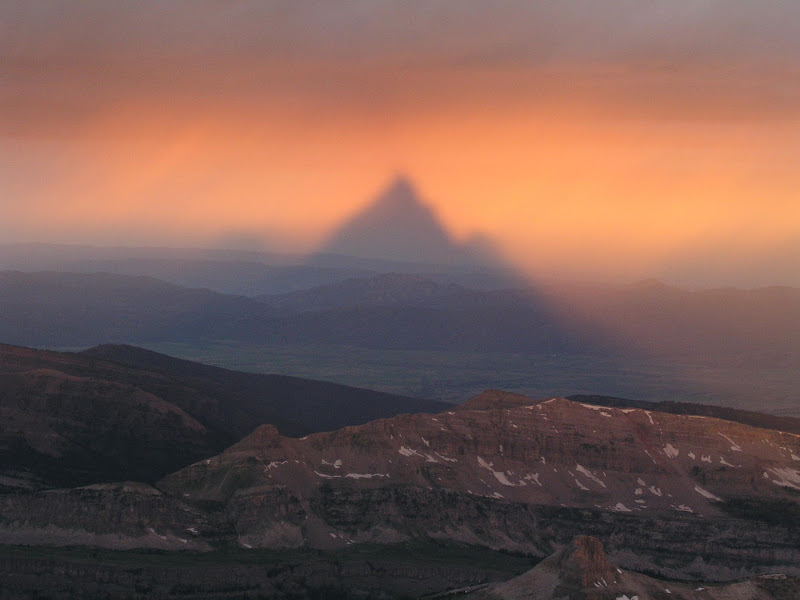 The shadow of Grand Teton in the sky

The weather stayed clear, and we reached the summit about 9:30 in perfect conditions. We slapped high-fives and rested. Then our guide pointed out a breathtaking site. The sky was so clear that Yellowstone National Park was visible to the northwest. As we watched, a whitish gray plume erupted where our guide was pointing. We watched Old Faithful erupt from the summit of the Grand.

The hike back to the trailhead was longer and slower than I remembered it, but we reached the car in the early evening. The next day, we flew home.