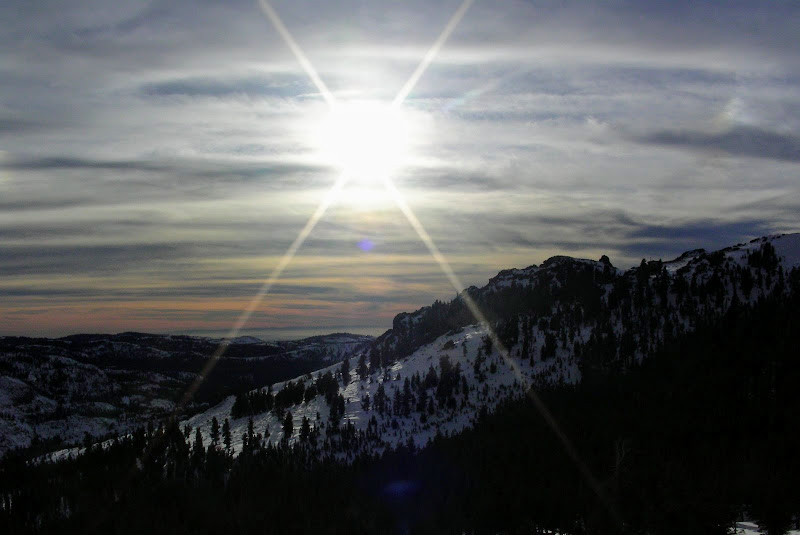 Kirkwood is my favorite resort in Tahoe. It’s small, out of the way, and less crowded than almost any other resort in the area. It also gets the most snow of anywhere in the lower 48. With 7800′ base, it snows top to bottom at Kirkwood when it’s raining on the bottom half of many other resorts. Kirkwood also has an awesome variety of terrain, from solid intermediate slopes to extremely steep bowls and chutes for experts. 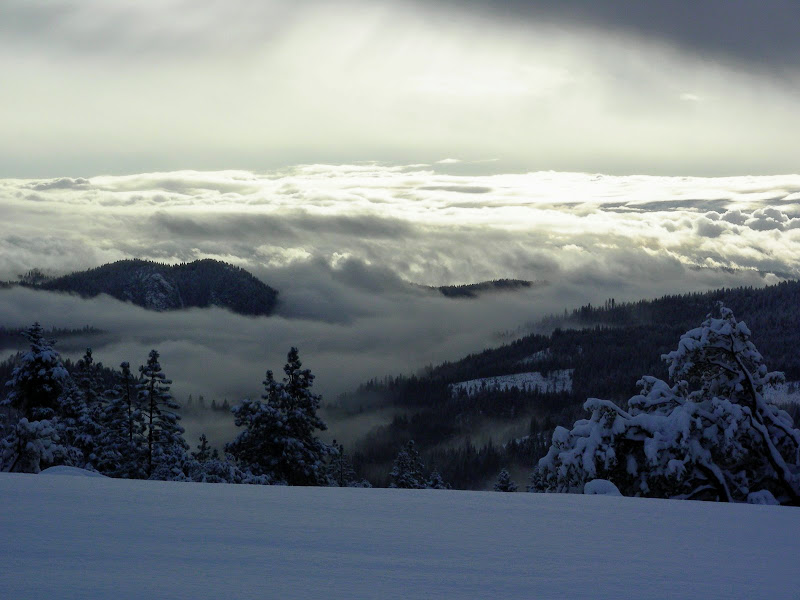 The view from Highway 88

Heavy winds (117 mph at the top of the mountain and around 50 mph at the base) kept the entire resort closed the morning of our first day at Kirkwood. However, three or four lifts opened in the afternoon. It was very cold, but we got some fun skiing in.

The next day was sunny and very still. It had snowed about a foot and a half two days earlier, so the bottom half of the mountain was in great condition. The high winds the day before, however, had blown most of the powder off the top of the mountain. I discovered this to my cost at the top of The Wall, the most famous of Kirkwood’s double diamonds.

I’d already been down The Wall twice, and though the snow held my edges, it was still extremely icy. I decided to traverse to my left and ski something in the trees. Unfortunately, I had just bought new boots the day before driving to the mountains, and the ski shop had made my bindings far too loose. I hit a bump along the traverse and my ski flexed, popped off my boot, and skidded about fifteen feet down the mountain. I went down on one ski to retrieve it. As I tried to step back into my ski, the ski flipped, and I overbalanced. I fell over, lost the other ski, and began sliding down the ice sheet on my chest. As I careened down the mountain, I spotted a pole planted by ski patrol to mark rocks under the thin cover. I grabbed the pole with both hands. It popped right out of the snow, so I tossed it aside and somehow managed to self-arrest by digging in my boots and a ski pole. Then I climbed back up to my skis and put them on. Panting and bruised, with a giant scrape on my chest, I finally started down the mountain.