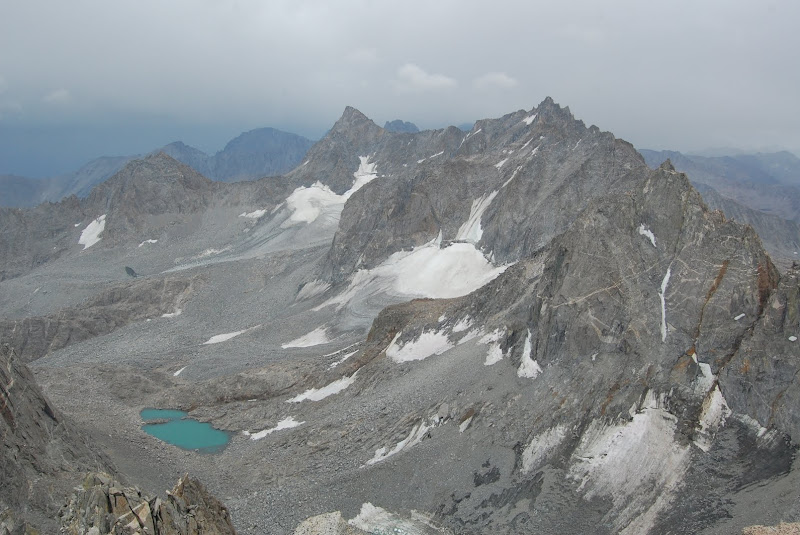 Shortly after I returned from Alaska in the summer of 2007, my family left for a short backpacking trip in the Eastern Sierra. My mother, my father, and I met my father’s high school friend, Chris, near the town of Bishop, California. Our goal was the 14,153 foot summit of Mt. Sill, a remote peak in the Palisade Range.

We left civilization at the South Lake trail head, at 9,755 feet. The first day we hiked up to Bishop Pass, at 11,960 feet. The elevation gain was about 2,200 feet, but over a distance of 7.5 miles. Once over the pass, we hiked down into upper Dusy Basin, a beautiful rocky region speckled with alpine lakes. 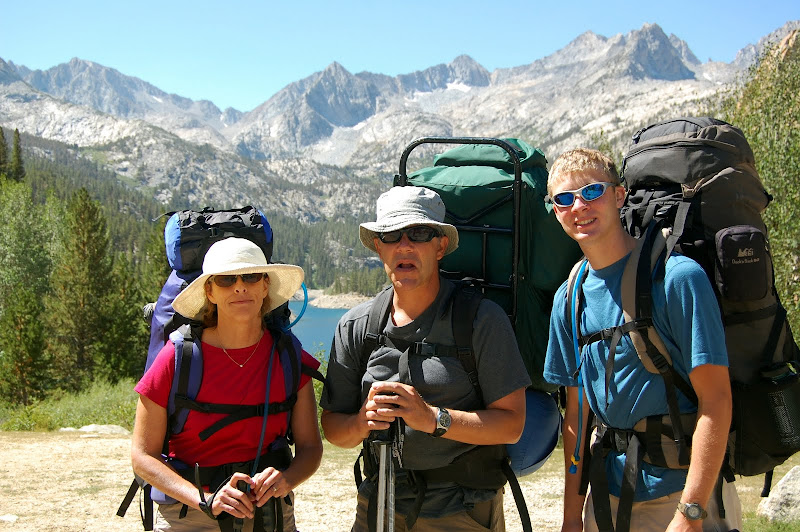 Beth, Chris, and me at South Lake

That night we set up camp near one of the lakes and cooked a dinner of pesto pasta. We’d only brought one tent, so I slept out under the stars and Chris threw together a makeshift shelter consisting of a tarp strung between two trees. Ominously, the clouds which had gathered in the southern sky during the afternoon did not clear that night, which is the usual weather pattern in the Sierra. 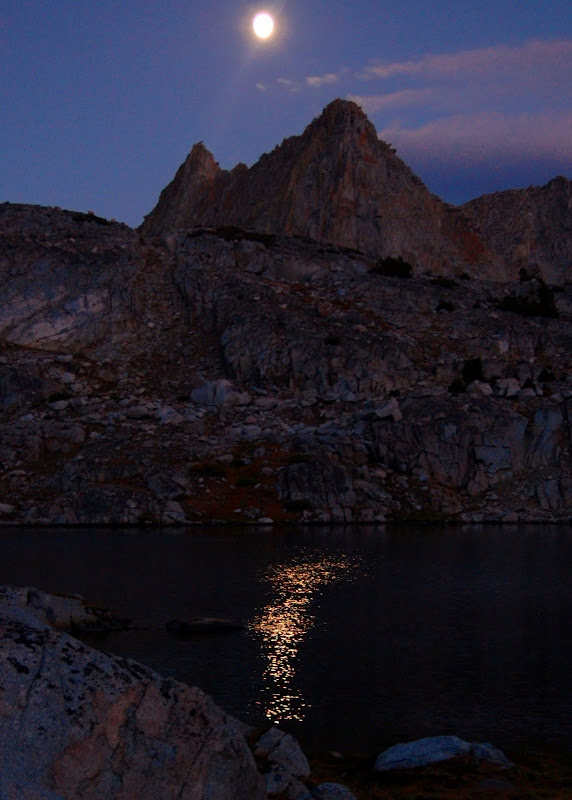 The next morning, we woke up and discussed our options. My parents had spotted lightning in the south, not too far from us, during the night. Weather reports for the area had said that the remnants of hurricane Dean were drifting northward up into the Western United States and might well cause storms in the mountains. I was also feeling a little sick, so we decided to turn around and head back. We simply weren’t prepared to wait out a thunderstorm in the wilderness.

Before lunchtime we were at Bishop Pass. The sky was still clear above us, but there were clouds in the south and west. We decided to make an attempt at climbing 13,891 foot Mt. Agassiz, one of the peaks near the pass. I set out at a quick clip and began climbing.

The hike was steep but not technically difficult. Mt. Agassiz was a jumbled mass of large boulders that had settled into a stable position over the millennia. Climbing the peak was just a matter of hopping from one boulder to the next. By the time I reached the summit, I could see clouds gathering in the sky. I snapped a few photos and headed down. Looking south from the summit

On the hike back to the trailhead, the storm finally arrived. It drizzled lightly on and off, but the sky never seemed to be able to make up its mind. When we reached the trailhead, the sky was cloudy, but it wasn’t raining. We drove back to Bishop, where we spent the night in a hotel, and the next day we drove six hours back home.