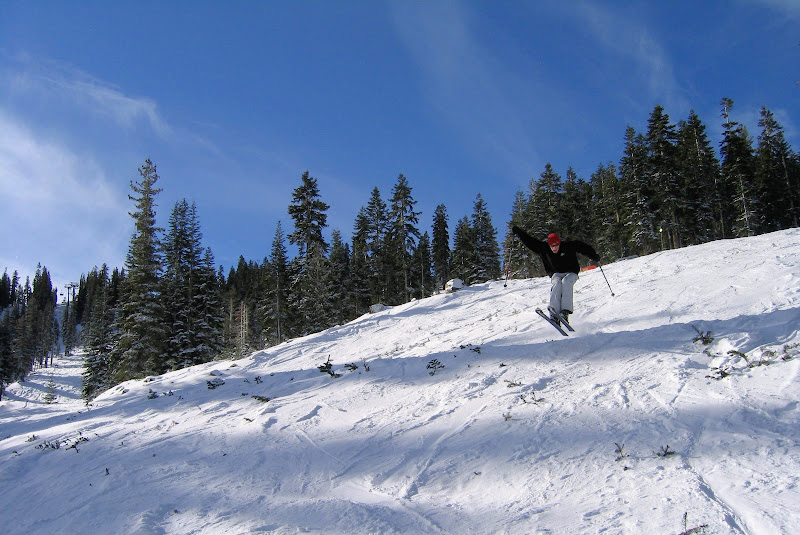 My first ski trip of the year was a one day bomb up to Northstar on December 16. Northstar is not one of my favorite resorts; it gets too crowded, is too low, and lacks really tough expert terrain. Despite opening up two entirely new ski areas, it still suffers from the problems suggested by its nickname “Flatstar.” Any ski resort that advertises, of all things, its snowmaking system should immediately cause skiers to doubt its snow quality. Northstar prides itself on the most extensive snowmaking system in Tahoe, and the snowmakers were out in full force the day we were there, spraying us with cold pellets of manmade precipitation. Because the base was so small, only a few lifts were open, and all runs rated more difficult than blue were closed. 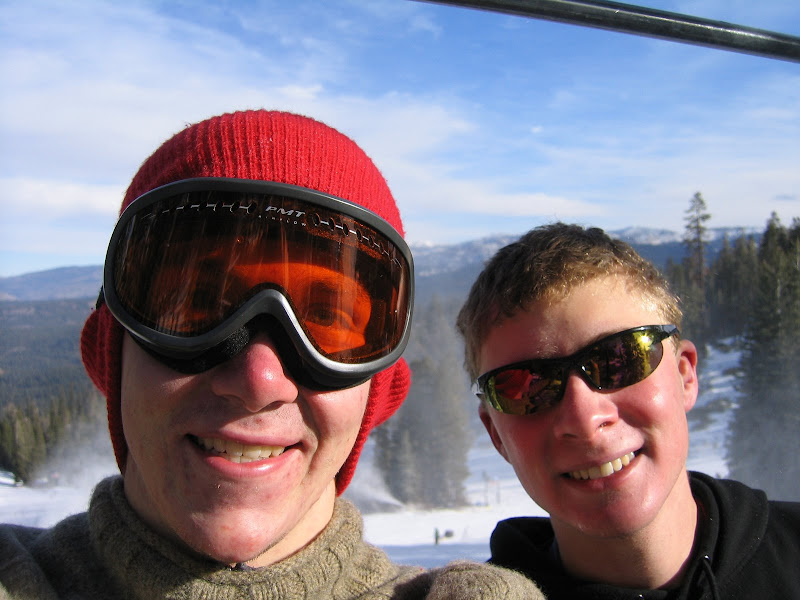 Paul and me on a lift

Despite the lack of tough terrain, my friend Paul and I had a great time. We arrived on the slopes around 8:30 am, and the day dawned beautifully. It was sunny and in the mid 40s, so I skied in a sweatshirt. 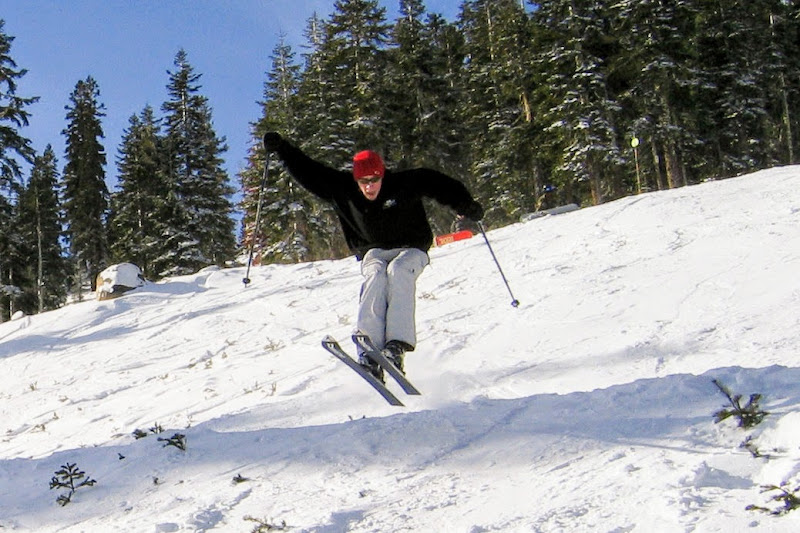 On a run called Ax Handle off the Comstock chair, we found a traverse that had a steep enough edge to use as a jump. We took turns hitting the jump from further up on the slope. The landing was soft powder early in the day, so we hit it pretty hard. By noon or so, most of the powder was skied off, so we took a break for lunch and commiserated about Northstar’s ridiculous food prices. 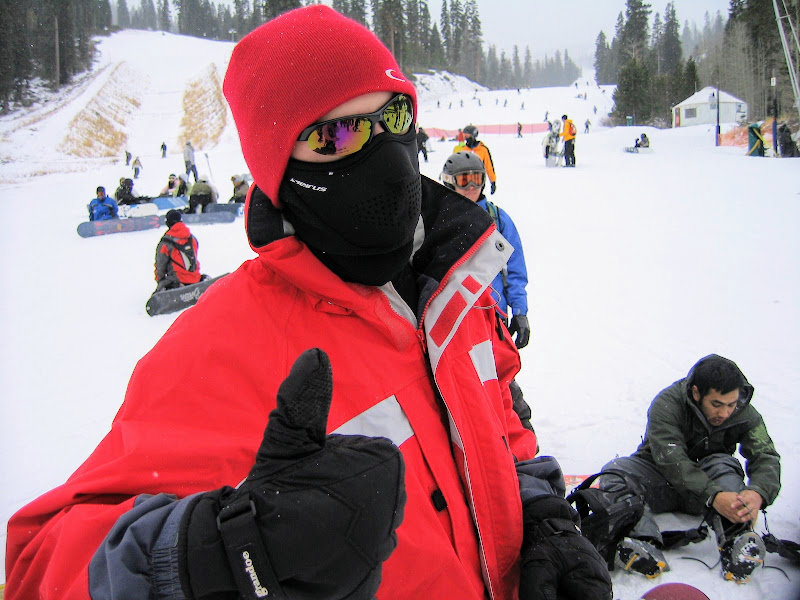 Bundled up for the storm

As soon as we got back on the slopes from lunch, it started snowing. Very quickly, visibility dropped to almost zero. Due to an unforgiveable lack of foresight, I only had my sunglasses. So Paul and I took turns using his goggles. One of us skied while the other rested in the summit lodge drinking hot chocolate. A little before the lifts closed, we skied all the way down the mountain, which by now had nice dusting of fresh powder. We drove home as the snow continued to fall. Though most of the mountain was closed and the coverage was crappy, we had a very fun first day of the season.