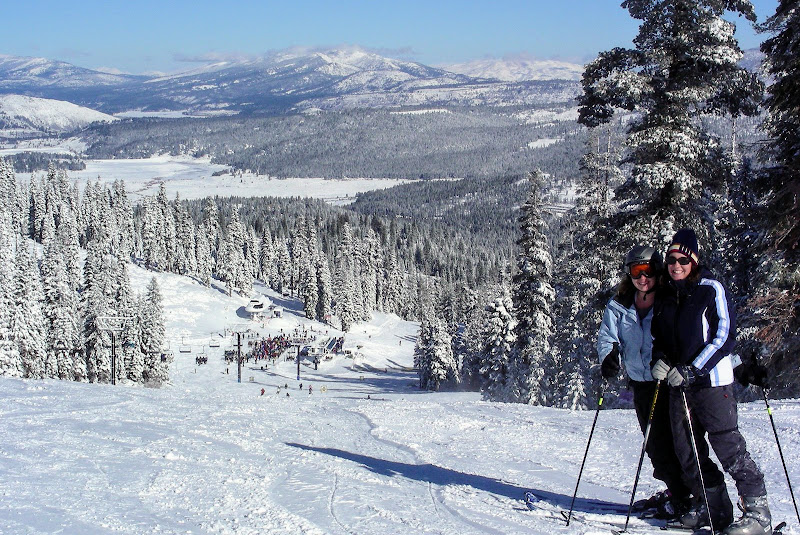 We began the drive to Northstar around three P.M. on January 4. As soon as we hit 4500′, it suddenly started snowing heavily. Millions of giant snowflakes extinguished visibility and blanketed the road. I took the wheel from Kayleigh, and slowly drove the Ford Escape over the white highway. When we finally reached Kayleigh’s cabin at Northstar, we knew the heavy snow meant we were in for an awesome first day. 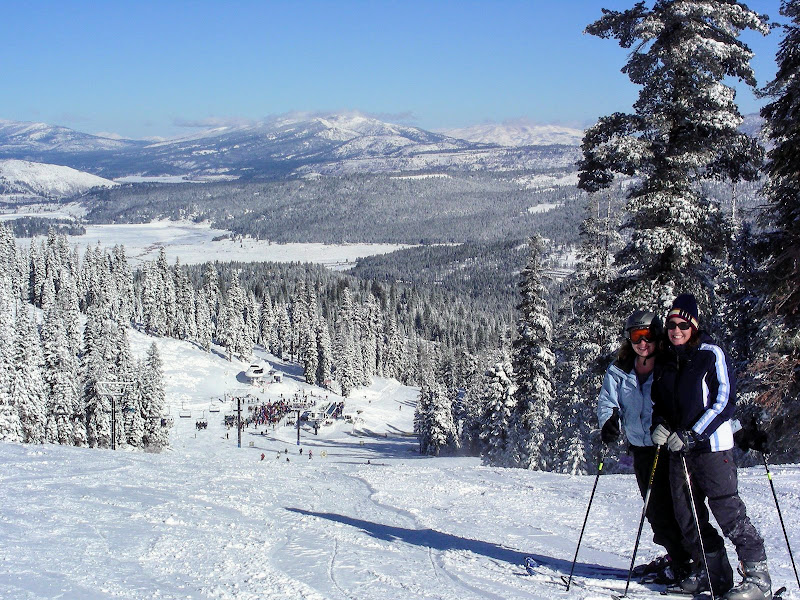 Kayleigh and Cassie on the slopes

January 5 dawned sunny but cold, with a high in the mid twenties. We hit the slopes shortly after the lifts started turning and laid some fresh tracks on the new powder. On my first trip to Northstar this season, most of the mountain had been closed. But everything was finally open, and I took advantage of the tougher terrain on the Backside and Lookout Mountain. 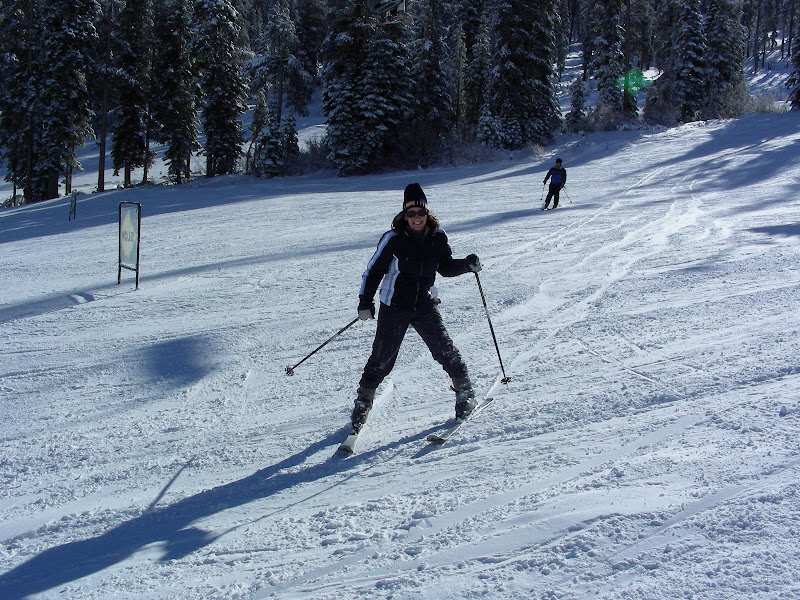 Cassie had very little skiing experience, and was actually wavering between skiing and boarding. So we spent a few runs that first day working on Cassie’s snowplow and helping her learn parallel turns. She was a fast learner and impressed us all by improving very quickly.

At the end of the day, we relaxed at Kayleigh’s cabin for a little while and then went to the village rec center for a well-deserved hot tub. We hung out in the jacuzzi for an hour or so, and then returned home to cook dinner and prepare for another day of sweet skiing.

The next day was sunny and warm. Most of the fresh powder was gone, but conditions were still good. Kayleigh and I spent a lot of time on Lookout Mountain and the Backside. She took some entertaining shots of me hiking through thigh-deep powder to try and reach a little kicker and get some air. Sadly, the thin coverage and my poorly-adjusted bindings (see Kirkwood ’06) thwarted me again. 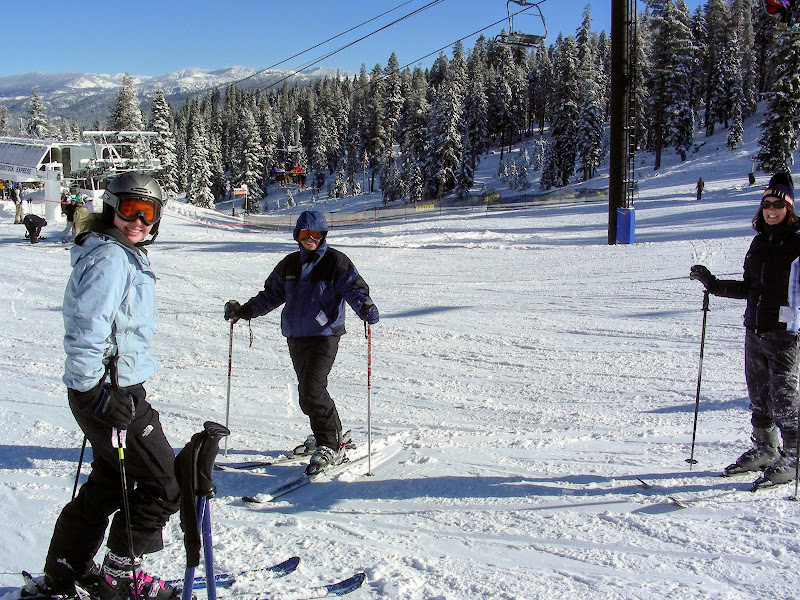 Later that day, I skied a run in the trees on Lookout Mountain. The early season thin coverage just didn’t want to give up. It had already trashed my skis, but as I descended through the trees, my pole caught under a log. The pole stuck, and the strap ripped off my glove. I stopped as soon as I could and hiked back up to retrieve the pole, only to find that the log had bent it badly out of shape.

At the end of the day, we returned to the cabin and ate dinner. We took a late night hot tub to rest and relax. The next morning we drove home. All in all, an awesome trip with some unbelievable skiing on fresh powder.