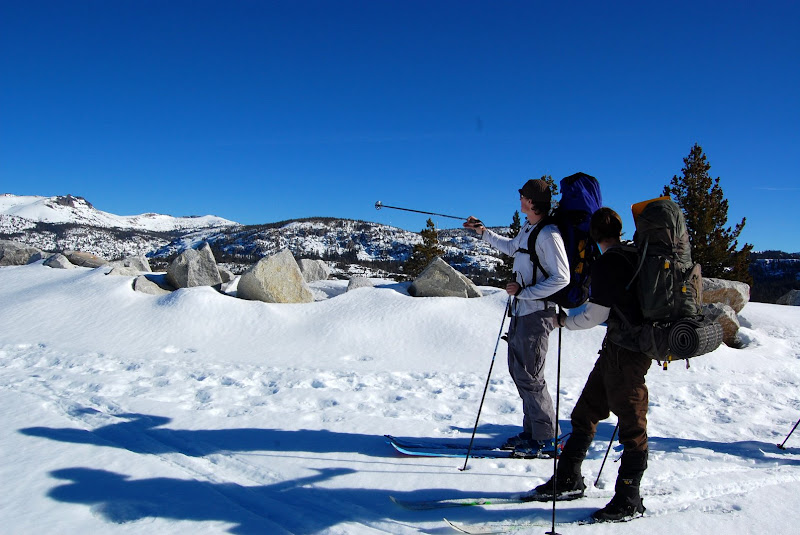 The winter retreat for the Stanford Outdoor Education Program instructors was a back country skiing trip off of Highway 88 near Kirkwood Mountain Resort. We left campus early on a beautiful Saturday morning. Despite a flat tire in Jackson, we managed to make it to Tragedy Springs Road, of which only the first hundred feet or so had been plowed. We parked in the plowed area and distributed group gear and food. Then we strapped on our skis and went on our way. 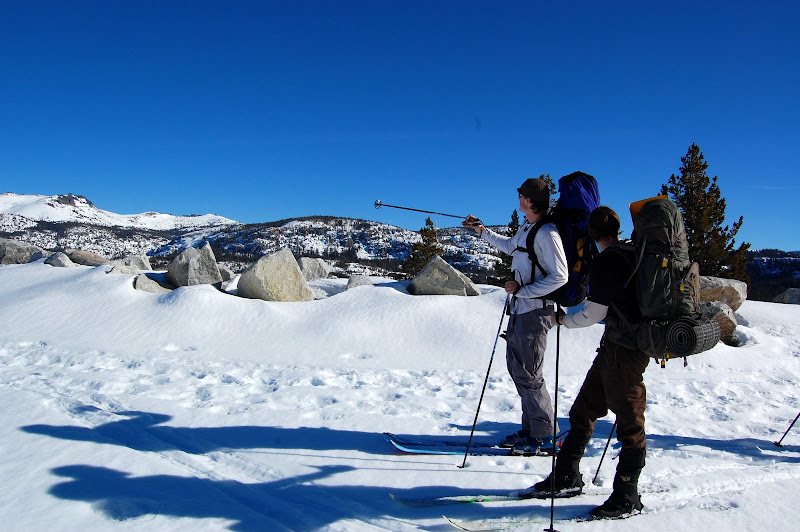 John points out our route

Our trail wound its way up to a ridge. The ridge was quite narrow with steep sides, which made for difficult conditions. The snowpack also conspired to make skiing a challenge; it had been unseasonably warm—in fact it was in the low ’60s that day—and a crust of hard ice had formed as the top layer of snow. Once our skis broke through the crust, it became very difficult to turn since the snow was so hard-packed. 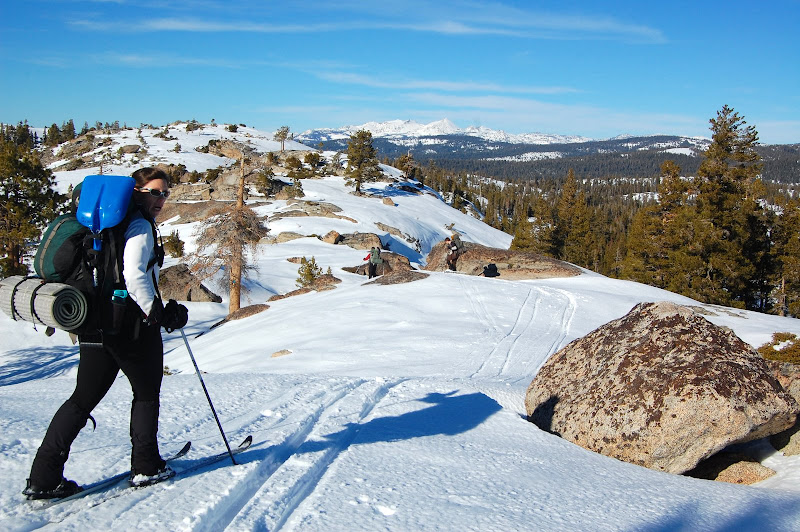 Skiing along the ridge

We kept at it for a few hours, slowly traversing the ridgeline. In the afternoon, we scouted a beautiful campsite in a small, tree-covered gully. After pitching our tents and digging a snow kitchen, we spent the rest of the afternoon practicing telemark technique on the hills around our campsite. 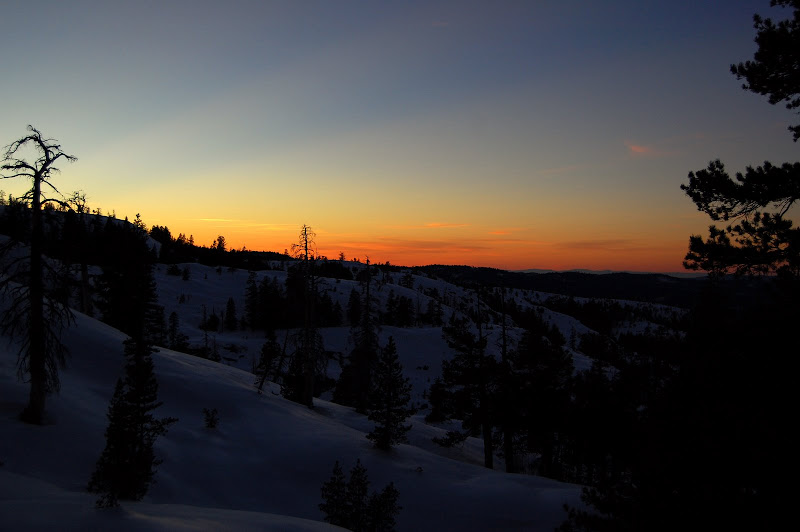 Sunset from our campsite

As the sun began to drop near the horizon, we began cooking a delicious dinner of peanut sauce and pasta. We ate and joked as the sun sank, and we were rewarded with a beautiful sunset that illuminated the snowy skyline with a soft orange glow. Since the weather was so warm, we were able to stay outside a few hours after dark, talking and sipping hot chocolate. 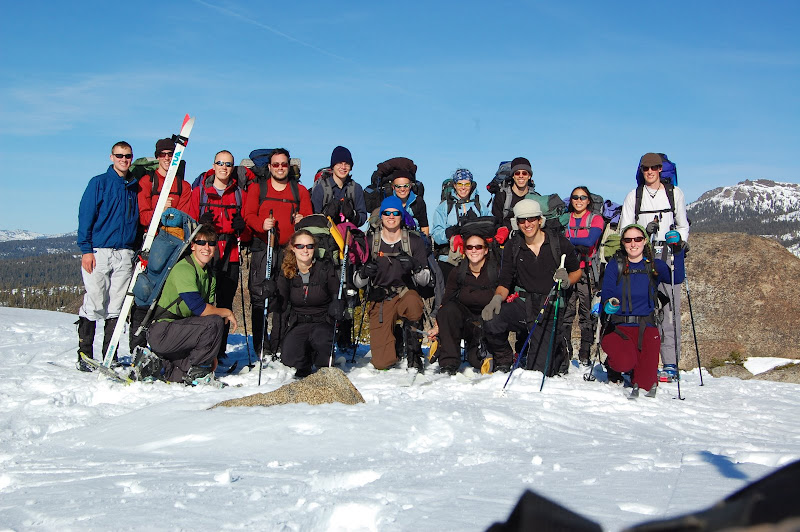 Group shot on the ridge

The next morning we woke up and ate an oatmeal breakfast. After breakfast we got more skiing practice and played around with avalanche beacons. Then we packed up our camp and reversed our route from the previous day back to the trailhead.