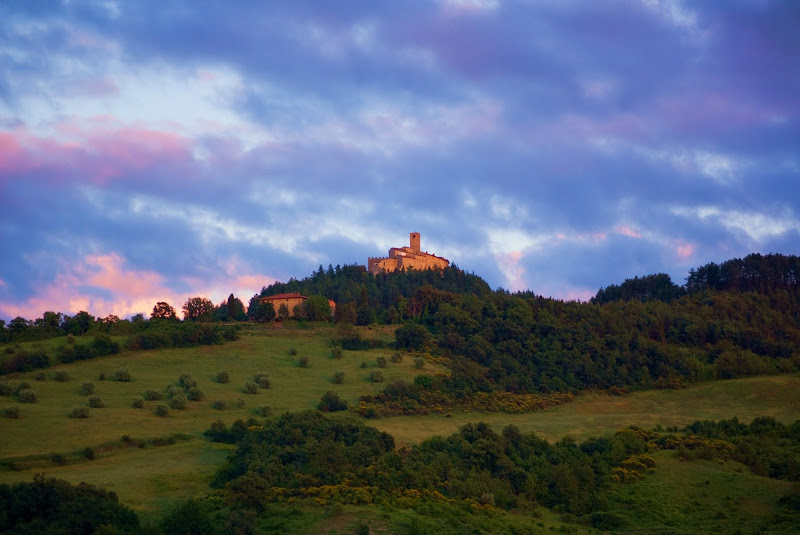 After leaving Florence on my journey to Italy in June of 2008, my family and I drove to a small town in Umbria called Lerchi. About a 20 minute drive into the hills above Lerchi is an old farmhouse christened “La Dogana.” Nestled in the hills among the farms and forests of Umbria, La Dogana lies beneath the fortified town of Monte Santa Maria Tiberina. Monte Santa Maria dominates the horizon, its imposing silhouette overlooking the countryside in all directions. 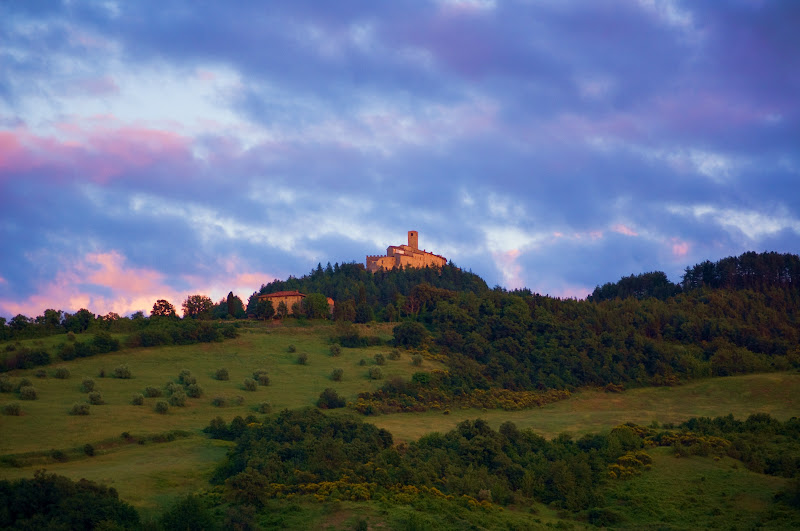 The day after we arrived at La Dogana, we drove south to Perugia, an old Italian hill town. Despite Perugia’s well-deserved reputation as one of the most maze-like towns in Italy, we managed to find our way to a parking lot near the train station. We took a small electric train up into the old town. We spent the afternoon walking through Perugia’s stone streets. We passed the Etruscan Arch, a structure whose vertical layers traced the history of Perugia from pre-Roman times. At the end of our walk we reached the Church of Sant’Angelo, a beautiful round church on a site dating to the sixth century. Then we visited the Duomo and returned to La Dogana. 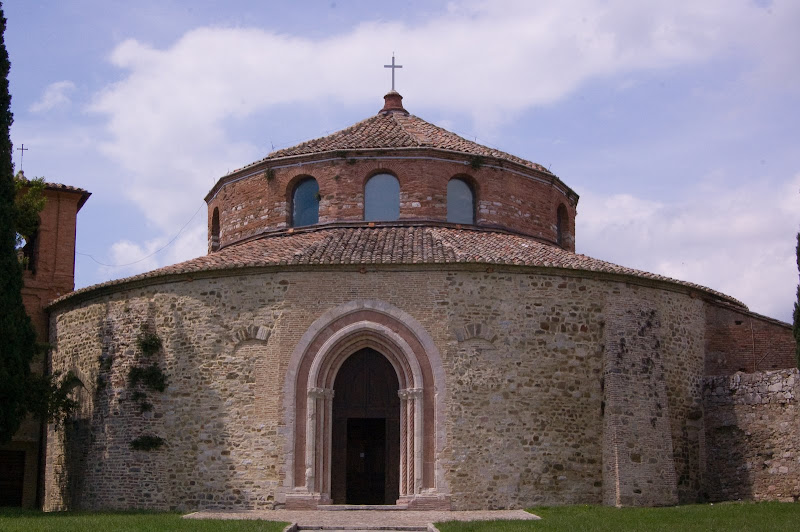 After a day of relaxing at the farmhouse, we were ready for another excursion. We drove to the Assisi, one Italy’s most famous and most beautiful hill towns. Assisi hosts the Basilica of San Francesco d’Assisi, which contains the tomb of Saint Francis. The basilica is actually two stately churches stacked on top of one another. After touring the churches, we walked up through Assisi’s winding streets to the fortress at the very top of the hill. The citadel, as it is known, boasts an incredible view of the surrounding countryside. 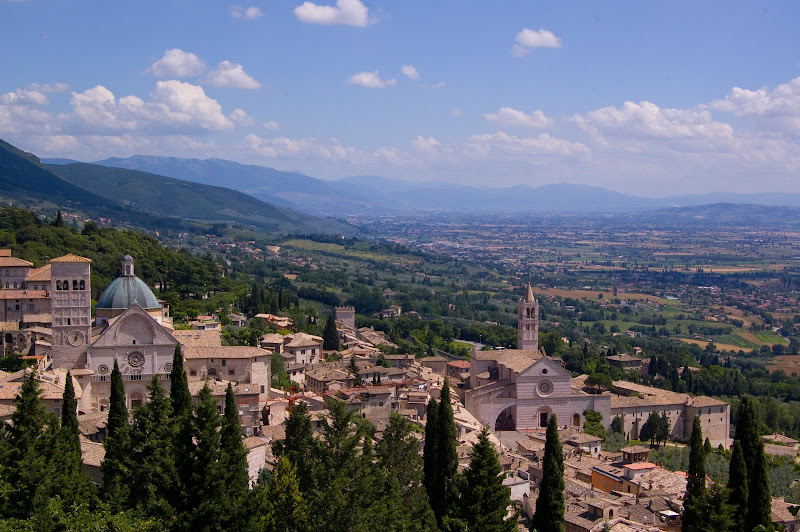 We also spent time exploring the hills above La Dogana. One night we took a trip to Monte Santa Maria Tiberina, where we walked the cobbled streets and admired the incredible views. We also saw a beautiful sunset and ate dinner at a restaurant on the hilltop. One day while hiking through the forests above the nearby farms, I came across a series of old hunting blinds which afforded great views of countryside. A short walk from the hunting blinds, I stumbled upon a bright blue pond hidden high in the hills.

On our last day in Umbria, we visited the town of Gubbio. Gubbio is a lesser-known old hill town, and its layout is not as dramatic as that of Assisi or Perugia. But it had its own charm and collection of beautiful churches. We also visited the Palazzo dei Consoli, a centuries-old administrative building that towers above the rest of the city. At the end of our tour of Gubbio, we visited a restored outdoor Roman theater. After that we returned to La Dogana for our last night. The next morning we returned to Florence, and I flew back to the United States that afternoon.

Previous Florence
Next Half Dome