"The Looming Tower" by Lawrence Wright 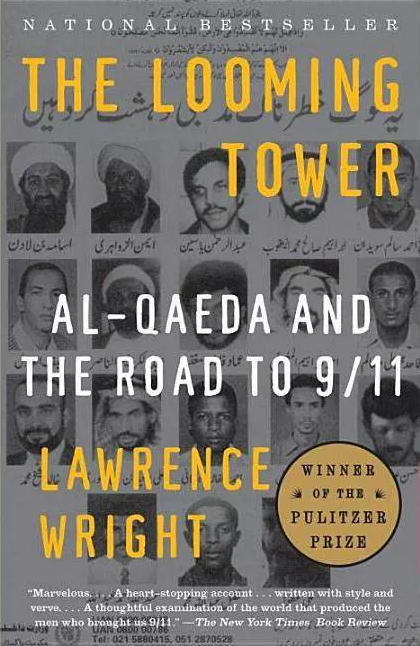 Lawrence Wright’s authoritative history of Al-Qaeda and the lead-up to the September 11 terrorist attacks is one of those books I should have read a long time ago. I finally got around to it, and it was fantastic. It’s non-fiction, but its subjects are presented so compellingly, and the action is described so vividly, that it reads like a novel. Wright’s style calls to mind Peter Hopkirk (The Great Game, Trespassers on the Roof of the World) and Stephen Ambrose (Undaunted Courage).

The Looming Tower takes pains to put Al-Qaeda in context, reaching back to mid-twentieth century Egypt to trace the origins of modern extremist Islamism. It presents sharp portaits of the people involved, from Sayyid Qutub through Osama bin Laden. At the same time, the book devles into the tireless and dedicated people who worked for the well-intentioned but frequently dysfunctional United States intelligence and law enforcement agencies striving to keep Al-Qaeda at bay.

The book focuses more on the context than the details of Al-Qaeda’s attack planning. You won’t find intricate descriptions of how the terrorists planned and carried out their atrocities. Instead, Wright emphasizes background and history, showing us how the people and ideas developed over decades. It’s fascinating and extraordinarily well done.

As a national security professional, I’ve read plenty about various terrorist organizations. I have firsthand knowledge, as well as substantial education, about the history and workings of the government’s national security apparatus. I still learned a ton from reading this book, even as I found the pacing and content gripping.

Revisinting 9/11 almost twenty years later is painful. It might also seem less relevant in a world now focused on a different set of security threats and international challenges. It’s not. If, like me, you’ve some managed not to read this book in the fifteen years since its release, you should get started now. You won’t be disappointed.

Previous "The City We Became" by N. K. Jemisin
Next "This is How They Tell Me the World Ends" by...