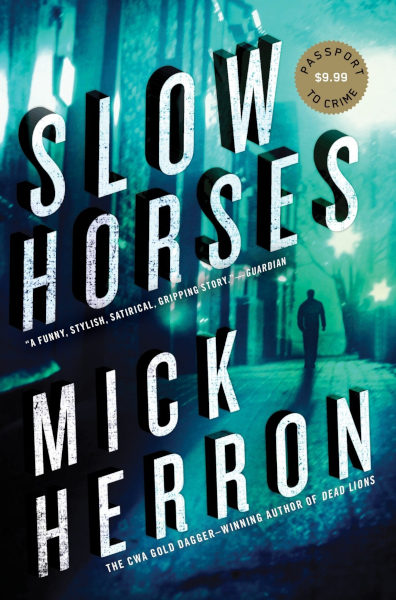 Apple TV+ is on a roll. Its content strategy seems to be the opposite of Netflix’s; whereas Netflix produces a ton of shows and movies and gives directors and writers essentially free rein, hoping something popular will happen, Apple TV+ is going for a much smaller, much more carefully curated selection. It seems to have paid off, with the first Best Picture Academy Award for a streaming service going to CODA and the universally beloved Ted Lasso.

But the Apple TV+ series that really caught my imagination lately is Slow Horses. It’s a spy drama/thriller about the screwups in Britain’s internal intelligence service, the MI5. If you’re an MI5 spook who makes a major mistake (but they don’t want to fire you right away), they ship you off to “Slough House,” a decrepit backwater where you get assigned an endless string of boring, meaningless tasks in the hopes that you’ll quit. The TV series focuses on River Cartwright, an MI5 operative who gets relegated to Slough House (possibly unjustly), and follows the misfits and rejects of Slough House as they stumble into a legitimate intelligence operation and all of the politics that come with it.

The acting is great, particularly Gary Oldman as Jackson Lamb, the once-great Cold Warrior who’s now the crusty, washed-up leader of Slough House. But Jack Lowden (River Cartwright) and Kristin Scott Thomas (as MI5’s head of operations) are also wonderful. The show is tense and complicated and often funny. As soon as I finished the first six-episode season, I immediately started watching it again. Thankfully, season 2 is in post-production, and the series already been renewed for seasons 3 and 4.

I enjoyed the show so much that I wanted to read the books that inspired it. The first book in the series (also called Slow Horses) is just as fun (and tense and twisty) as the TV series. My first reaction after finishing the book was that the show is remarkably faithful to the novel. The New York Times review of the show seems to agree; in fact, the review sees this as a fault:

“Slow Horses” demonstrates that six episodes — a standard length for British crime dramas — isn’t necessarily enough time to adapt a complexly plotted, fully characterized book. The show is more faithful to Herron’s novel than you might expect, with the result that the turns in the story can seem arbitrary and be hard to follow.

I disagree. While there were definitely moments in the show when I felt that I was a bit behind the characters, I didn’t mind that much. I didn’t feel as though the show left many threads loose or events unexplained. To the extent that I felt like I might be missing something, I mostly felt galvanized to read the book (and eagerly await season 2). I strongly recommend both the show and the book.

Previous ProtonAOSP on Pixel 6 Pro
Next Meditations on Decentralization