I spent the last days of 2022 with my family in the lovely southern California town of Oceanside. As 2023 begins, I’m taking a look back at the best of 2022, from my favorite books, movies, and music, to my best travel and culinary experiences.

The best albums of the year wer Zach Bryan’s American Heartbreak and Big Thief’s Dragon New Warm Mountain I Believe in You.

American Heartbreak has elements of folk, Americana, heartland rock, and country. But mostly it’s a beautiful, plaintive record by a remarkably talented singer-songwriter. The record sprawls; it’s a double-album with 34 songs and clocks in at just over two hours long. It’s not all fantastic, but most of the songs are good to great, and some of them are truly excellent.

Dragon is an outstanding indie rock record, and also a double-album. Recorded in five locations across the United States, melding indie, Americana, and inventive experimentation. Despite the artistry, it doesn’t lack for catchy melodies.

Dragon New Warm Mountain I Believe in You

I was lucky enough to see Big Thief on their Dragon tour at the Fox Theatre in Oakland. It was an amazing show, with a lot of energy, and it felt intimate despite the size of the venue. The band was able to capture the artistry and magic of the record and put on a fantastic show. 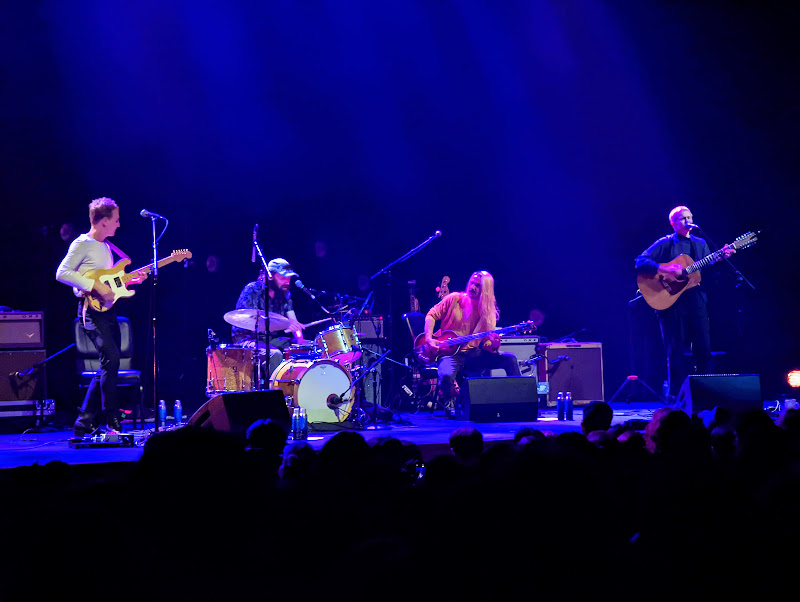 Big Thief plays at the Fox Theatre in Oakland, California

Another great show came from Emily Scott Robinson, one of my favorite folk singer-songwriters. She played The Chapel in San Francisco, a really neat small venue in the Mission District. Robinson is a truly skilled musician, and her music shone in the cozy space.

The best movie I saw this year was The Glass Onion. A worthy sequel to Knives Out, it’s funny, highly entertaining, and never takes itself too seriously. I also loved Everything Everywhere All At Once, a zany and unexpected science fiction film.

My favorite moviegoing experience was seeing an early screening of Top Gun: Maverick. I was in Boston for work at the time, so I got to see the film with some colleagues I really like but don’t get to see often. The movie is excellent, too; it’s tough to follow up a legendary film, but it succeeded almost perfectly. 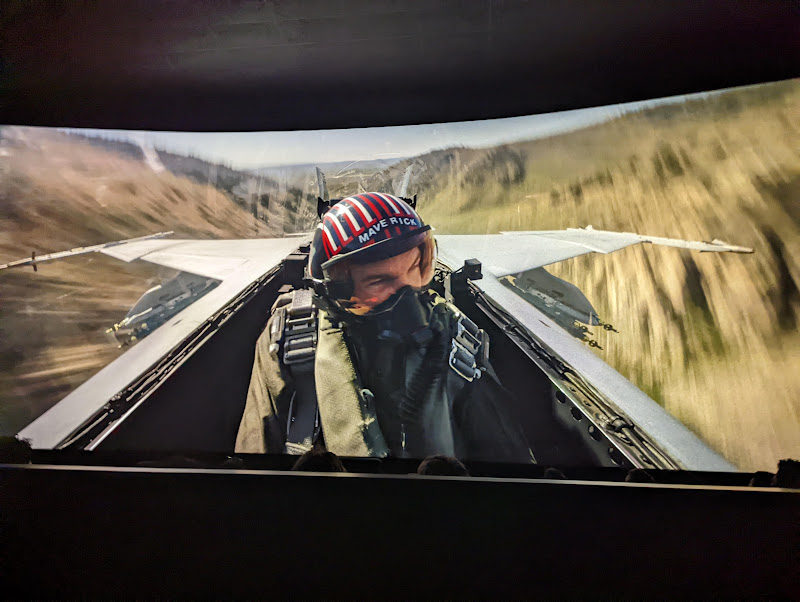 I had two favorite television series this year: the inaugural season of Andor and season two of Slow Horses. Andor is a phenomenal new entry in the Star Wars universe, a slow-burn that’s largely character-driven and explores what it takes to plant the seeds of a rebellion.

Earlier this year, I wrote about the first season of Slow Horses and the book that’s its source material. The second book in the Slough House series (Dead Lions) isn’t very good, and because the first season of the TV series was very faithful the books, I had concerns that the second season might not measure up. Fortunately the writers and showrunners took the best elements of that second novel while leaving out some of the worst and adding in some exciting new elements. All that made for an enjoyable season that was a worthy successor to the exemplary first season.

My favorite series that I discovered in 2022 was For All Mankind. The first season aired in 2019, and it’s amazing. The first episode is the best episode of TV that I watched this year. For All Mankind is a science fiction drama that’s also an alternate history, based on the premise that the Soviet Union beat the United States to the moon in 1969. But the Americans refuse to yield the space race, and the two superpowers continue to push one another to develop space technology. I’m not always intrigued by alternate history, but this one is cleverly done, well-acted, and well-written.

The best novel I read this year was Guy Gavriel Kay’s All the Seas of the World. I’ve written about Kay before in my review of Children of Earth and Sky. His books are consistently excellent. They’re often classified as fantasy, but I think historical fiction is more accurate. Kay crafts beautiful worlds that are recognizable as twists on time periods and locations in history, though he changes the names of people and places. All the Seas of the World features Kay’s typical exquisite writing, intricate plotting, detailed characters, and searing emotionality.

The best nonfiction I read this year was William Finnegan’s memoir Barbarian Days. Finnegan, a staff writer at The New Yorker has had a lifelong obsession with surfing, and the book follows him around the world as he chases waves. Finnegan’s descriptions of surfing and the ocean are unparalleled.

During my trip to Peru, we spent a few nights in the Sacred Valley. As dusk fell one evening, I noticed that the sunset emitted an unearthly purple hue along the mountains above our hotel. Strolling out through the beautiful gardens of the Hotel Andenia, I set up my camera for a long exposure. The result was better than I could have imagined: a brilliant purple glow along the ridgeline that faded slowly to the dark of night, with a smattering of stars visible in the darker portions of the sky. 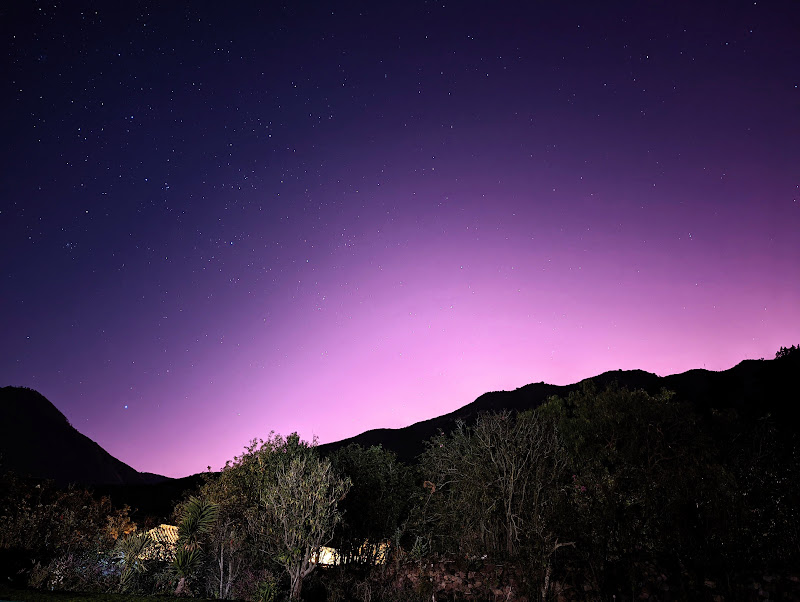 My best photo of the year: sunset over Peru's Sacred Valley

I was lucky enough this year to travel to Peru, to relax on Hawaiian beaches, and to visit some fun cities for work. But my favorite trip of the year was traveling to Central Europe. I visited four new countries: Germany, Austria, Slovakia, and Hungary. I saw beautiful palaces, fascinating museums, and glorious scenery. I ate some delicious food and had a great time partying at Oktoberfest. And, most importantly, I got to spend time exploring the world with friends and family.

My favorite culinary experience of the year was at Mil, a unique dining experience located next to Moray, a stunning Inca ruin in the Peruvian Andes. Mil focuses on crafting delicious food from local ingredients using a mix of traditional and modern methods. The result was unlike anything I’ve ever tasted: an eight-course exploration of the local cuisine. 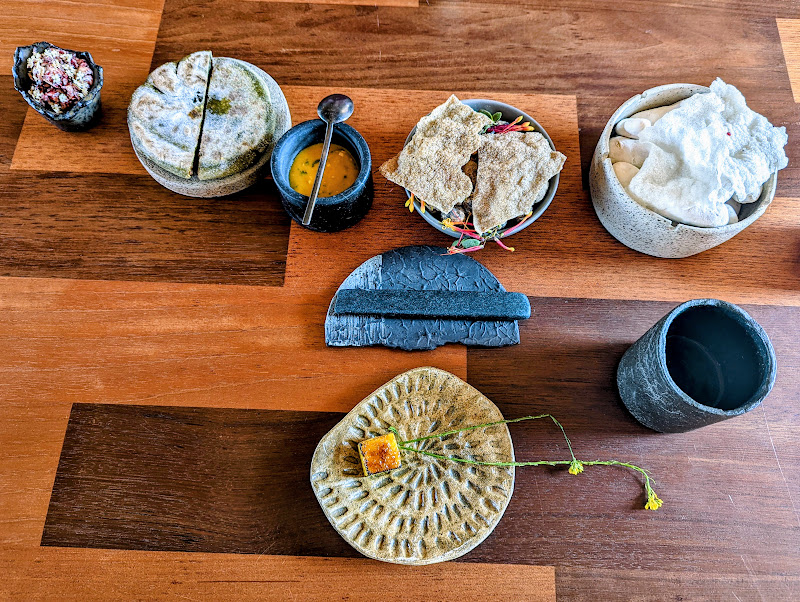 One of the courses at Mil

This one’s easy. As a Bay Area sports fan, the Golden State Warriors’ NBA championship was unquestionably the best sports moment of the year. The team won its fourth championship of the Curry/Thompson/Green/Kerr era at a moment when many wondered whether the team’s stars were past their primes. I watched the end of the final game from an Irish pub in Cusco, Peru, which was a surreal experience.

I’m thankful to have had such amazing experiences during 2022, and I’m looking forward to 2023!