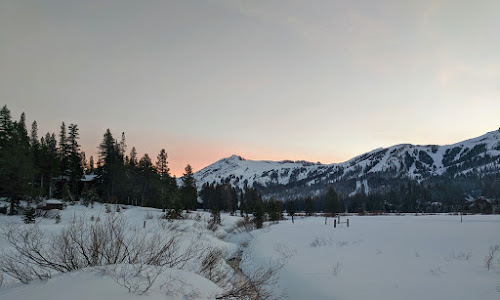 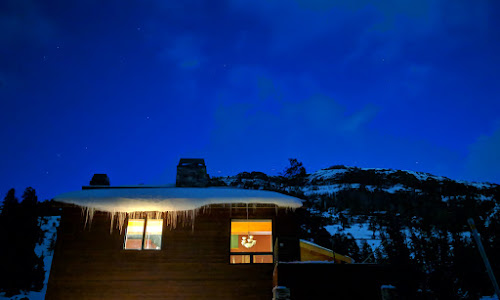 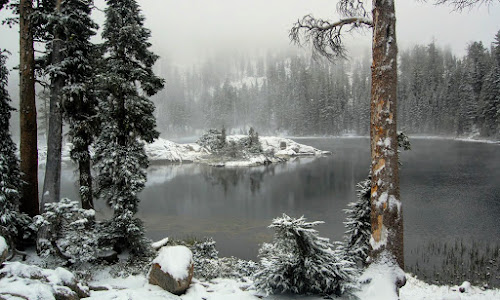 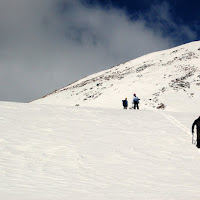 At 9,983′, Pyramid Peak is the highest point in California’s Desolation Wilderness. Since it is only about a three hour drive from the San Francisco Bay Area, Desolation Wilderness is the most heavily-used wilderness area in the United States. Thus exploring Desolation during the winter months has a number of advantages—not only do the snow-covered peaks make for spectacular vistas, but most of the visitors that swarm the area during the summer are kept away by colder temperatures and feet of snow. 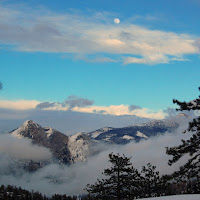 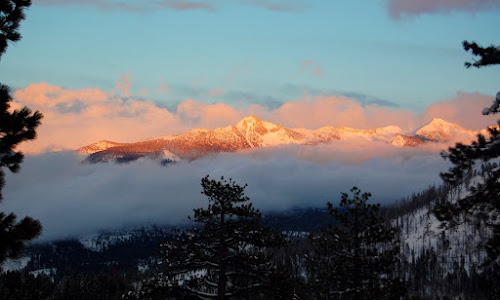 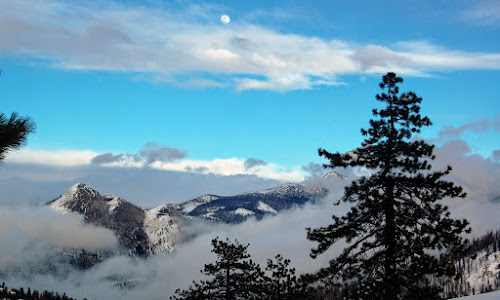 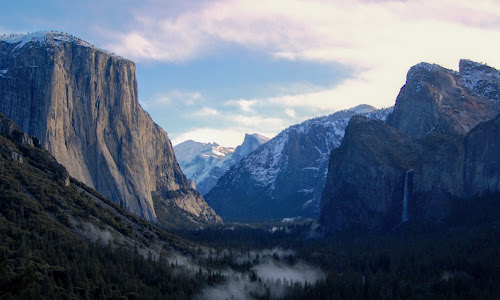 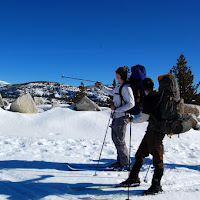 The winter retreat for the Stanford Outdoor Education Program instructors was a back country skiing trip off of Highway 88 near Kirkwood Mountain Resort. We left campus early on a beautiful Saturday morning. Despite a flat tire in Jackson, we managed to make it to Tragedy Springs Road, of which only the first hundred feet or so had been plowed. We parked in the plowed area and distributed group gear and food.